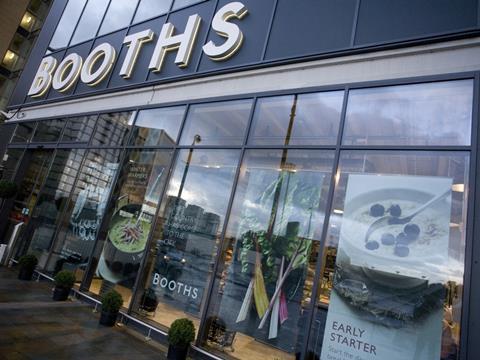 Booths is set to open a new store next week - the 31st in its estate and the first of four planned for 2015.

The store, in Hale Barns, Cheshire, opens on 15 April and will boast a butcher, fishmonger, delicatessen, cheesemonger and hot food counter.

There will also be an olive bar, salad bar, juice bar and café.

The opening will be followed by new stores in Burscough, St Anne’s and Poulton Le Fylde later in 2015. Booths said the store would create more than 60 new jobs.