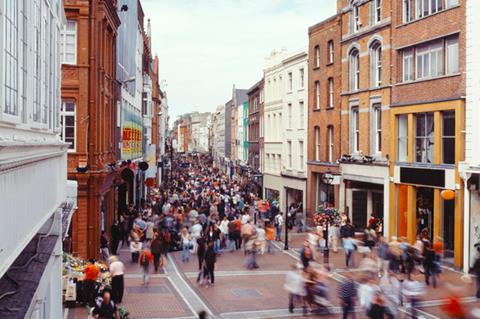 The “broken” business rates system is causing poorer regions to subsidise London to the tune of hundreds of millions of pounds, according to the British Retail Consortium.

In its latest call for radical reform in today’s Budget, the BRC said the government’s own figures showed the scale of subsidies paid by worst-off regions.

The body said it wanted so-called ‘transitional relief’, which limits how quickly a business rates bill can fall in line with a drop in rateable value, to be scrapped.

Because it is offset by also staggering increases in line with rising values, it meant businesses suffering the most were paying for those better off, it claimed.

The industry group said its analysis of new data from the Ministry of Housing, Communities and Local Government showed some of the worst-affected constituencies in the north and Midlands had lost out by £22m over the past three years.

Businesses in North Lincolnshire alone had overpaid by £12m through transitional relief in 2017/18, the BRC said.

It claimed Chancellor Rishi Sunak should reform transitional relief and the business rates system to show the government was serious about its ambition to “level up” the country.

“The Chancellor must now show that the government is serious about levelling up all the regions of the country and address our broken business rates system in his Budget,” said BRC CEO Helen Dickinson.

“While the promise of a fundamental review is a positive step in the right direction, the government’s own data show the regional disparity and perverse incentive to business created by transitional relief.

“The Chancellor can provide much-needed respite for businesses in the north and Midlands now with a simple change to the relief that would save some areas millions in overpaid rates bills.

“This is a real opportunity to make a firm and tangible statement of support for businesses that want to remain a central part of communities up and down the UK and to help government achieve its aim of levelling up the country.”