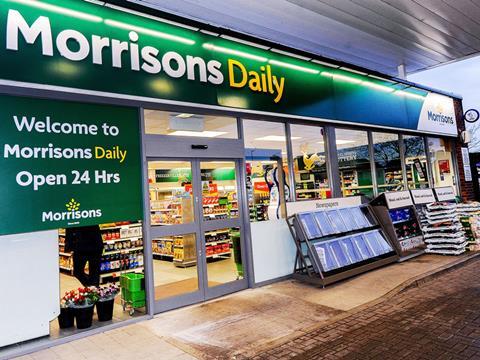 The first Morrisons franchise store in the Channel Islands is due to open its doors today promising to lower prices for thousands of islanders.

Sandpiper will welcome shoppers to the first of its Morrisons Daily stores in St Ouen, one of 16 Morrisons supermarkets that will open across the island before the end of October as part of its new deal.

Earlier this year, Sandpiper announced a new franchise and wholesale supply agreement with Morrisons, which is due to create around 100 new job roles and see most of Sandpiper’s mini-supermarkets in the Channel Islands rebranded.

“This is a significant step-change for our food retail operation,” said Sandpiper’s CEO Tony O’Neill.

“Morrisons’ substantial buying power means we will be able to lower our current Food Hall prices by at least 5% on an average shopping basket and significantly more on many of Morrisons’ own-label products.

“We will be working with local contractors to convert around one store every week, which will include full Morrisons’ branding from store fascias to colleagues’ uniforms.”

As part of this agreement, Morrisons will also supply Sandpiper with its recently-revived Safeway-branded products, along with other national branded products for Sandpiper’s other fascia stores.

Once the Morrisons Jersey store conversions are complete, a similar conversion programme will begin at the company’s stores in Guernsey.