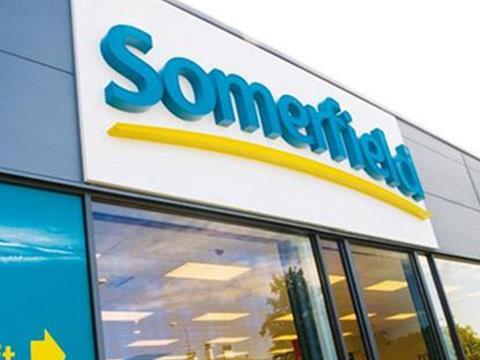 The estate dates back to Co-op’s acquisition of Somerfield

Staff at 12 Budgens stores face a “very difficult and troubling time” the Usdaw union said today, after it emerged their shops face closure under plans by new owner the Food Retailer Group.

It comes less than a year after the company, part of Hilco Capital, bought 36 trading stores and an additional non-core property portfolio from the Co-op.

The estate, dating back to the days of Co-op’s acquisition of Somerfield in 2008, was relaunched under Booker’s Budgens fascia.

The 12 Budgens stores proposed for closure:

However, The Food Retailer Group, which said it had been hit by “disappointing trading results” is now seeking a Company Voluntary Arrangement (CVA) which it says, if agreed by creditors and subject to consultation, would enable the business to dispose of all non-trading stores to try to restore profitability.

However the company has also reviewed the viability of its trading stores and proposes to close 12 Budgens stores if the CVA is successful.

It has emerged the Co-op has offered to help find jobs to those affected, but the union said it was still a difficult time ahead for those affected.

“This is a very difficult and troubling time for all staff, not least because the company is lodging a HR1, an advance notice of potential redundancies, for all 36 stores,” said Usdaw national officer John Gorle.

“Usdaw will enter into consultation talks on the company’s proposals. We will interrogate the business case, prioritise saving jobs, keeping stores open and retaining as many staff as possible. If the worst should happen, the Co-op has offered to help support the redeployment of affected employees where possible and we will explore all avenues help members seek alternative employment. In the meantime, our team of Usdaw reps and officials are providing the support, advice and representation members need at this very worrying time.”

A spokeswoman for the Food Retailer Group said: “Due to disappointing trading results, the board of The Food Retailer Operations has launched a Company Voluntary Arrangement. The principal objective of the proposal is to rationalise the company’s leasehold obligations, restore the viability of the company’s business, improve the balance sheet and return to profitability. Subject to consultation with staff and landlord negotiations, it is anticipated that up to 12 stores could close in due course. All remaining stores will continue to trade as normal and, where possible, staff will be redeployed in order to limit redundancies.”