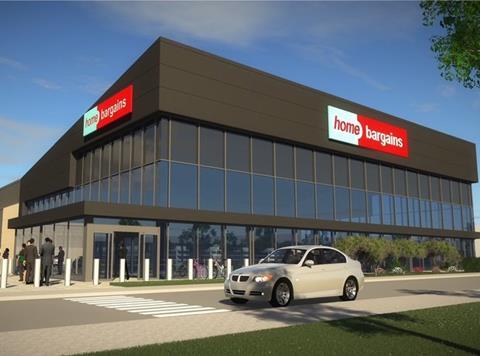 What the facility in Speke Boulevard, Liverpool may look like

Home Bargains is investing £9.1m in a new 52,500 sq ft retail space in Liverpool, including two units to be let by the retailer.

The Home Bargains store will include a garden centre.

A 12-month contract has been awarded to Lancashire building company Construction Partnership UK. Building is set to begin this month and will include work to four junctions on Speke Boulevard, a major route into Liverpool city centre from the south.

“Speke has become a major retail and commercial centre for Merseyside and these three new retail units will add to the local economy and create new jobs,” said CPUK managing director Steve Burke.