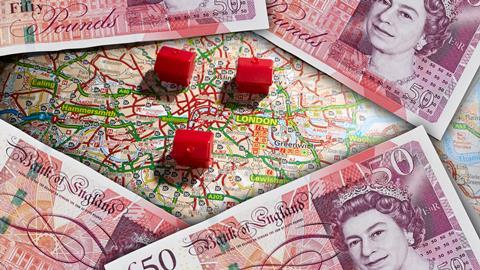 How supermarket space is still a safe investment

Despite increased investment in e-commerce, grocery property is proving a safe haven for investors. Why? And can the sector stay resilient amidst uncertainty?

Earlier this month, The Grocer revealed Amazon’s most concrete move yet, with the acquisition of a number of sites in central London locations. Much as the news likely had supermarket CEOs hyperventilating, it wasn’t only proof of the threat posed by the online retailer to traditional grocers’ market share. It was also symbolic of the enduring value of food retail sites, in this case 5,000 sq ft units dotted around the outskirts of London. A far cry from the sort of giant warehousing sheds with which Amazon is more commonly associated.

It turns out that, despite the turmoil of Brexit, the floundering Sainsbury’s-Asda merger and the ongoing carnage on the high street, grocery property has not just weathered the storm but turned into something of a safe haven for property investors.

So, why has the sector proved so resilient and will that trend continue amid all the structural upheaval?

In its latest review of grocery real estate, published last month, Colliers International reports £1.06bn of supermarket assets were traded in 2018. “Considering the huge uncertainty elsewhere, the grocery sector has done very well both in terms of value of assets traded and prices,” says James Watson, the company’s head of UK retail capital markets, who says investment in the sector is strong, with volumes only marginally down and returns in line with the 10-year average.

“In fact it’s pretty much been business as usual for the grocery sector, which is in stark contrast to what’s been happening elsewhere in retail property.”

It’s also a long way from the turmoil the supermarket property business faced just four years ago, when a string of companies wrote down the value of their respective empires.

In April 2015, following its worst-ever financial crisis, Tesco wrote down the value of its 3,000 stores by a whopping £4.7bn. In May Sainsbury’s took a £900m writedown to £11.1bn, while earlier that year Morrisons absorbed a £1.3bn writedown reducing the value of its freehold estate to just under £6bn.

Since then though, the stability in the market has not only seen investors attracted to supermarkets but retailers themselves increasingly among the buyers as they shift from a strategy of sale and leasebacks on their estates, to owning their own stores. Only in Q3 last year, Tesco continued its buyback programme with the £57m deal to buy its Cirencester Extra site, while a Tesco at Stratford Road, Stroud was bought for £35m.

The rise and fall of supermarket property 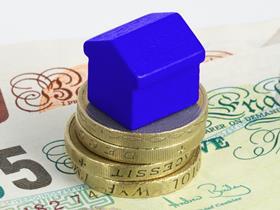 Tesco took a savage £4.7bn writedown on its vast property portfolio in April 2015 back to £22.9bn as it sank to a £6.4bn annual loss in Dave Lewis’ first year at the helm. As of the end of its 2017/18 financial year Tesco’s fully owned property increased in value by £800m to £2.5bn, while its freehold percentage increased from 57% to £58% as it regained ownership of 17 stores. The percentage of freehold properties in its UK & Ireland business increased from 41% back to 52% last year. 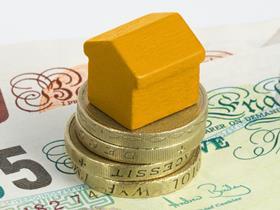 Sainsbury’s was forced to take a £900m writedown on the value of its property portfolio in May 2015, which pushed it to its first annual loss in a decade back in 2014/15 and cut the value of its overall property portfolio to £11.1bn. Trading performance has solidified since then, which is reflected in the market value of its properties - including the 50% share of properties that are joint ventures - rising £200m last year to £10.5bn as of 10 March 2018. Some 50% of its store estate is freehold properties. 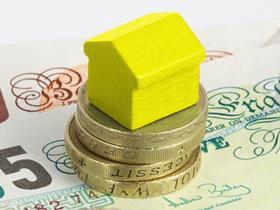 Morrisons was also forced to take a £1.3bn writedown in the dark days of March 2015 to reduce the value of its “large” freehold estate to just under £6bn. Morrisons’ freehold estate makes up around 85% of its store portfolio and it was valued at £5.8bn at 4 February 2018. Its annual report shows the supermarket took an impairment charge of £118m last year on its stores, but this was mitigated by a £126m reversal of impairments charged in previous years as performance improved in certain stores. 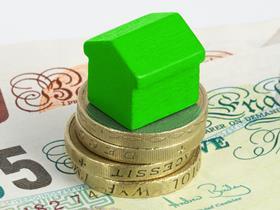 Asda was the sole big four player to escape the massive asset writedowns of 2015, taking just a £4.3m property hit compared to the billions of writedowns at its rivals. Its freehold estate was valued at £8.4bn at the end of 2014 and was up to £8.9bn at the end of 2017, rising by around £180m last year. Some 75% of the square footage of Asda’s estate is freehold, primarily focused on larger supermarkets, compared with the 50% of freehold properties belonging to prospective merger partner Sainsbury’s.

Even this u-turn in policy only leaves retailers responsible for about 13% of retail property purchases in 2018 though, according to the Colliers report, with what it calls a ‘new breed of investor’ stalking the sector as the key reason for the buoyancy of the market.

Last year’s biggest investor by far was Supermarket Income REIT, which in 2018 acquired £104m of supermarket assets, taking its total number of stores to six. “The grocery property market is huge,” says Steve Windsor, director of Atrato Capital, and adviser to Supermarket Income REIT, which has publicly set out to capture up to £1bn of assets (it currently has £320m). “The total value of grocery property value in the UK is worth about £100bn, so we’re only targeting a small slice of that. But we believe the market is very resilient and is relatively immune to the problems facing the high street.

“We believe supermarkets are something of a safe haven. If you look at the equity markets you can see the clear investor differentiation between food and non-food retailers. Food retailer stocks are strong, non-food retail stocks are, by and large, weak.”

Colliers says the success of Supermarket REIT in attracting investment has led to others circling the sector for a piece of the action. Particularly as the more traditional owners of supermarket bricks and mortar, such as pension firms, look to sell prime long-term assets.

This is no smash and grab raid for investors out to make a quick buck though. The returns for supermarket investments are generally seen as solid, rather than spectacular. Average net initial yields in the supermarket sector since 2010 have been 4.91% says Colliers, with the 5.02% figure for 2018 very much in line with the market average.

Supermarket REIT admits that in the long term it may find itself selling its stores back to the retailers.

Given this slow rate of return, it is striking that there is such long-term confidence in supermarkets. Much of this is undoubtedly down to comparative lack of penetration of the internet in food retail property compared with the levels in non-food. “Online UK grocery has seen strong growth over the past 20 years, but still only represents 7% of the total grocery market,” says Windsor. “That compares to generic retail at 20%.

“Food is a low-margin perishable good - it cannot be delivered through your letterbox and requires expensive refrigerated delivery, so it is not well suited to broad-scale online adoption.

“To be a successful omnichannel business you need the scale to offer click & collect, home delivery and, very importantly, the ability to physically shop at a store.”

So-called ‘dark stores’, which would house goods for delivery, have not, with the exception of areas such as Erith in the outskirts of London, become the all-conquering model some predicted either, with retailers instead relying heavily on in-store picking. “The vast majority (over 90%) of online orders are currently fulfilled through a store - store picking and delivered from stores,” says Shore Capital analyst Clive Black, who believes fears that online could yet prove to be a “Trojan horse” for grocery are overplayed.

“Not only is online less than 7% of the market - after 22 years of involvement - there’s more concentration in market share online than there is in store because Co-op, M&S and the discounters aren’t online. Put all that together and the carrying values of supermarkets look pretty firm.

“Online grocery has seen strong growth over the past 22 years, but still only represents 7% of the total grocery market”

“If you look at the supply/demand position for the supermarkets in the UK today, it’s wholly different to where it was a decade ago,” he adds. “The market is growing faster than new capacity and it is now compounding - it’s been doing that for the past three or four years. The discounters are the only element of the market that are growing space. And their rate of growth is decelerating as they mature and start to reduce the percentage increase in their annual store growth. So you’re probably looking at under 1.5% space growth per year in the UK, and yet the market is probably - including volume, inflation and mix - at market growth of 2%-3% on a compound basis.

“Any market where market value grows faster than increased capacity tends to see improving underlying revenues - so sales densities - and it tends to be the most robust basis to deliver stable margins. On that basis I think it’s reasonable to suggest this market’s property values are sound - in fact you could see a situation where those values are maybe marked back up.”

But are supermarkets Brexit-proof? And, perhaps just as importantly, are they Amazon-proof?

Colliers’ Watson believes that even if Amazon does unleash its full force on grocery the impact on property prices may not be negative. “It looks like their offer will be predicated on physical stores rather than a predominantly online offer,” he says. “As such, this may - in time - create a further pipeline of investable assets.”

With even the ultimate online predator in the market looking towards bricks rather clicks, it is an encouraging signs of the times for retail property investors, at a time when there hasn’t been much else of a positive nature to shout about.

According to the report by Colliers International, 2018 was the year that private equity investors recognised the potential long-term value in supermarket real estate, a sector that has proved less exposed to the encroachment of e-commerce.

The total volume of investment transactions last year (£1.06bn) might have been down on 2017 (£1.4bn) but the role of institutional investors was at its highest since 2015, found the commercial property specialists.

Leading this growth is a new breed of specialist supermarket investor, such as Atrato’s Supermarket Income REIT, which acquired £104m of assets in 2018 alone, “and is set to continue” in 2019.