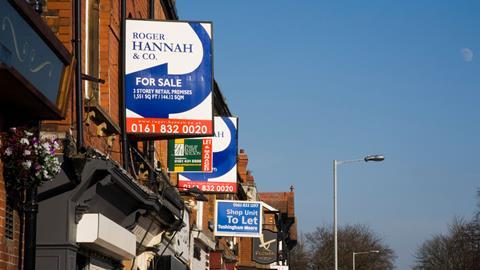 How would turnover-based leases work for retailers and landlords?

The coronavirus crisis has led to a chorus of calls for radical change in the relationship between retailers and landlords.

M&S CEO Steve Rowe summed up the sentiment – and possibly the tone – of negotiations last week as he revealed the retailer was in talks over “onerous” leases. “We are looking for changes because the world will never be the same again,” he said.

Exactly how M&S wants to see deals change is unclear, but from other quarters a word has repeatedly arisen: turnover. Earlier this month, agent Colliers said a retailer’s turnover was set to become a key metric influencing the price of leases.

“Colossal change” is afoot, says David Legat, a partner with expertise in the high street at agents Knight Frank. “The 1954 (Landlord and Tenant) Act, which structures all our leases, is rapidly becoming obsolete,” he says. “Speak to a retailer in terms like ‘this is the zone A of this high street’ and they just couldn’t care less.

“Retailers look at a shop and say ‘I could turnover this, so I can afford to pay you that’. It’s something that is being discussed at the moment.”

So how would turnover-based leases work? And how can resistance to them be overcome?

“Retailers have been pushing for leases with rent calculated by reference to turnover for 20 to 30 years and they’ve never really got traction,” says Richard Petyt, a Knight Frank partner with expertise in the food retail sector.

There is an exception though, where it works. “The factory outlet centre model is generally turnover-based,” Petyt adds.

Here, it works for designer outlets such as McArthurGlen, and stores from fashion brands such as Ralph Lauren. “It works well in those types of locations because it’s all about high volume” says Colliers International head of retail strategy Matthew Thompson. “There is a reassurance from an investment perspective that you’re only going to get brands in those locations that are going to hit a sale threshold.”

Factory outlets provide that reassurance by showing two-to-three years’ proof of income, something other retailers can also do, using turnover certificates, says Legat.

Where the model works, for factory outlets, it also depends on the retailer continuing to deliver a minimum turnover, and on landlords, for their part, attracting a minimum footfall to the location. Failure on either count triggers a break option in the lease, says Thompson.

“From an investment perspective it would be looking at what the footfall has been over the last three years and then setting that as a threshold,” he says. “And then saying to all the occupiers, we promise we’re going to hit this level of footfall this year and if we don’t then you have the option to break.”

Low footfall would mean an opportunity for tenants to renegotiate the price, while low turnover could mean the retailer is out.

Read more: M&S set to gravitate away from high streets more after coronavirus

Calculating expected turnover could also rely on establishing a suitable threshold based on prior or peer performance.

Thompson acknowledges that sharing turnover – and a percentage of it – risks creating an incentive for retailers to keep it artificially low. “I think that has been a problem with turnover-linked leases in the past,” he says. But the numbers can be audited and shared through a third-party accountant. It’s more transparent, he argues, than profit. Besides, “getting retailers to share turnover is a challenge in itself [but] getting retailers to sign up to sharing their profit is very challenging. There’s a confidentiality issue.”

It’s not just in retail that there is a reluctance to share the necessary information. A recent Colliers survey of 110 landlords of 1.2 billion sq ft of UK retail property found close to 40% were unwilling to share footfall insights. Two thirds said they didn’t even have them to share.

“Some landlords just haven’t seen these kinds of datasets as important pre-Covid. Some haven’t had a need to understand the performance of their locations in that level of detail,” says Thompson.

“We’re in a position now where we’ve never had more access to data, to measure the performance of our high streets, our shopping centres and our stores. It goes right down to a highly granular level. The challenge is to start to reflect this in leases.”

But if greater flexibility is needed from both sides, property agents agree that the crisis will prove the catalyst that forces it upon them.

“There is clearly going to be a challenge for investors to recognise that but in the longer term, if we’re thinking about achieving a sustainable rent, it will mean addressing fixed rent,” says Thompson. “Because retail has always moved quickly, and it’s moving quicker than ever now.”