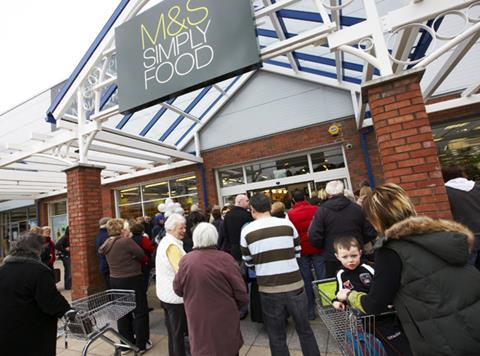 M&S has acquired seven stores from the Co-op Group, which will open as Simply Food stores later this year.

The move forms part of a wider three-year plan by M&S to open 250 food format shops by March 2017. “These are the right locations for M&S Food stores,” said M&S director of property Hugo Adams. “Growing our food business is a strategic priority for M&S.”

Co-op Group chief executive Richard Pennycook said the deal was part of the group’s ongoing strategy to sell off larger stores and focus on convenience. He said the group was in the fortunate position of having plenty of interested buyers in sites it was looking to divest.

Last month he estimated The Co-operative Group would sell off between 50 and 75 larger stores a year.