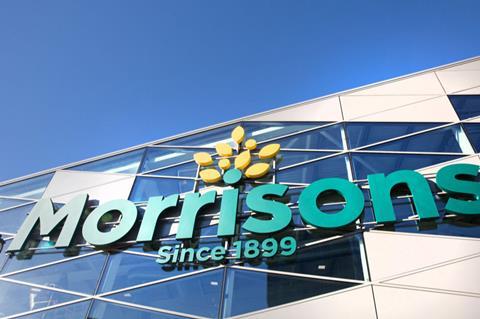 The stores to close are Crawley, Ince near Wigan, Shirley in Solihull and Swindon Regent Circus

Morrisons has announced plans to close four of its stores, with the possible loss of hundreds of jobs.

The supermarket said the decision had been taken after a review of the performance of its existing estate.

The stores to close are Crawley, Ince near Wigan, Shirley in Solihull and Swindon Regent Circus.

Morrisons said it had begun a consultation process with staff involved.

“As we continue to focus on building a broader, stronger Morrisons we are constantly reviewing opportunities for new stores and the performance of our existing estate,” a spokesman said.

“We are planning to invest in four new stores this year and we are regrettably proposing to close four.

“We will now be going through a consultation process at the stores and will be discussing how to reduce redundancies and, where possible, redeploy our highly valued colleagues within the business.”

It is believed the decision to close the stores was taken because of poor local sales figures.

However, the move comes after Morrisons was the worst performer among the big four in the latest set of Kantar results on Tuesday (20 August), with its market share falling to 10.1% during the past 12 weeks, down 2.7%.

Bruno Monteyne, senior analyst at Bernstein, said there had been a “marked difference” to its performance compared to the start of the year when it “tussled to be the best performer among the big four in food and drink growth”.

Shore Capital analyst Clive Black has said Morrisons could be vulnerable to a takeover attempt, thanks to its share price drop of more than 30% over the past year, combined with its strong freehold property portfolio and low level of debt.

“We believe that the recommended offer for Greene King is not irrelevant to Morrisons’ investment thesis and other asset-backed, cash-generative British companies as the de-rating of UK equities and sterling weakness come to the fore,” said Black. “Dairy Crest Group was part of this process too following its acquisition by Saputo.”

Meanwhile, the closure of the Crawley store, which only opened five years ago, will become the second closure in the town in that time and received a furious response from Crawley MP Henry Smith.

He said: “I’m very surprised and sorry by this news, particularly for those whose jobs will be affected.

“I have urgently contacted Morrisons management to ask what replacement store will go into the high street site. I’m confident that any employees made redundant will find replacement work locally but if any individual needs my assistance I am always pleased to help.

“I implore Crawley Borough Council as the local planning and licensing authority responsible for our town centre to do all they can to ensure the Morrisons site is occupied and utilised at the earliest opportunity.”