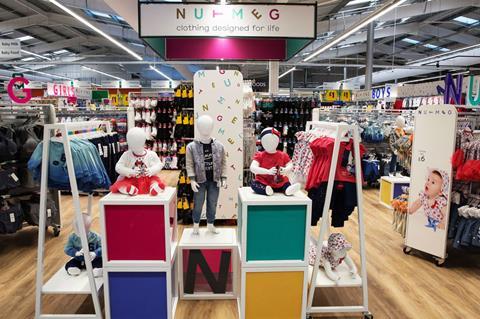 Morrisons has confirmed it is launching its first standalone clothes and homeware store, as part of a trial for the future expansion of its Nutmeg range.

The supermarket plans to open the new trial store next to its supermarket in Bolsover, Derbyshire, later this summer.

It said the store would be dual-branded as Morrisons Home and Nutmeg.

Job ads for the store described it as a “one of a kind” and the first time Morrisons had opened a home and fashion store outside of a supermarket.

Listed vacancies on Morrisons’ website for the new store include customer assistants and team leaders.

Staff would be “responsible for creating a great place for our customers to shop, and our colleagues to work - making it a destination store for home and children’s and ladies’ fashion”, says the job ad.

The Nutmeg range launched in 2013 and includes kids, women and menswear ranges in selected Morrisons stores, as well as online.