Pret A Manger caters for the evening crowd with new concept 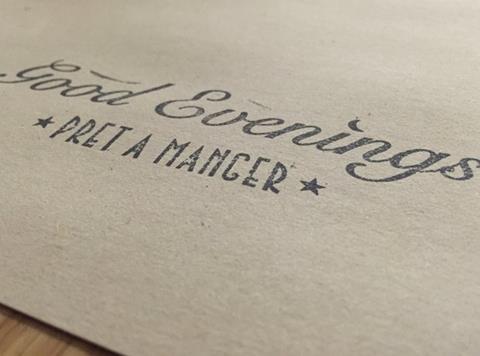 Pret A Manger is flirting with casual evening dining at one of its London stores in response to customer demand.

The popular sandwich bar chain has introduced mood lighting, a bar, jazz music, alongside a new evening menu as part of the ‘Good Evenings’ concept at its flagship 2,500 sq ft store on the Strand.

The one-off trial, which launched last weekend, sees diners greeted at the door from 6pm each night and presented with a menu featuring dishes such as baked sweet potato wedges, lemon and rosemary chicken salad,

Patrons order and pay at the tills as usual, but their meals are served to them at their table.

“Customers have been asking us for some time about creating an early evening menu, so we’re giving it a go,” Nick Sandler, creative chef at Pret said.

“Fast, fresh and delicious evening dining is particularly important to customers in this area of the city who are looking for somewhere convenient and affordable to eat before heading to the theatre.”

The evening menu is available from 6pm-10.45pm Monday – Saturday and 4pm-8pm on Sundays.

Pret could not confirm how long the trial would run for but insisted there were no plans to roll out the concept to other stores.