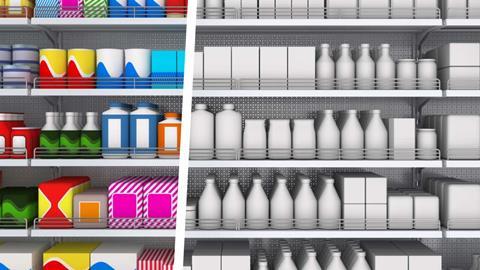 Supply issues forced brands and retailers to rationalise when the pandemic hit. But will financial pressures keep ranges simple?

Visit the supermarket these days and don’t be surprised if your weeknight favourite is missing. It’s happening everywhere. There are now 13,724 fewer product lines in the top six supermarkets than at the start of March [Assosia w/c 15 June 2020 vs w/c 2 March 2020], a net fall of 9%.

The strain on food supplies at the start of lockdown forced many manufacturers and retailers to reduce product lines, in order to boost efficiency and ensure continuity of supply.

But now, as lockdown starts to ease, will it prove to be a temporary solution or a permanent shift? What product lines are most affected? And what does it mean for suppliers?

For now at least, many suppliers are regarding the delistings “pretty philosophically”, says John Noble, director at the British Brands Group, seeing them above all as a short-term fix. But this may change. The future buying strategies of supermarkets are suddenly a worrying unknown for many.

There are two contradictory forces at play, says Noble. “The need to provide consumers with choice and to differentiate from the discounters, versus the ever-greater focus on price and therefore the need to reduce pricing and simplify ranges.”

With a recession joining Brexit and coronavirus in the growing ranks of the great unknowns, there are concerns among suppliers that ranges will shrink permanently.

Yet the track record of price wars in the past suggests ranges are invariably slashed at the start of recessions.

If this does occur, any supplier under threat will hope the strategy is short-lived – an outcome The Retail Mind’s founder Ged Futter believes is likely in the case of Tesco’s EDLP strategy. “For six months, they’ll do it, it won’t work, and the products will go back,” he says. Any retailer trying to win a fight with Aldi on price is “playing right into their hands”, he adds.

Tesco has already trimmed its range considerably over the past few years, a move that rivals have so far resisted. This now looks set to change, with Asda and Morrisons reducing their ranges by 3,847 and 2,906 products respectively since the start of March – about one in seven of all SKUs.

It is unsurprising in many ways. Coronavirus has initiated a renewed focus on supply chain resilience and efficiency, a concept upon which these two retailers thrive. “Asda and Morrisons are very, very smart at driving supply chain efficiencies,” says one industry source. “They will be driving their model through efficiencies, which means fewer products and fewer suppliers.”

“We’ve got by without these SKUs so do we need them to go back?”

Waitrose on the other hand appears, for now at least, to be largely resisting the pressure to cut, with only 4% of its SKUs removed since pre-lockdown. “Having some products that others don’t sell is a unique proposition to Waitrose,” says Dave Howorth, executive director at Scala. “Whereas Morrisons and Asda are driving more at lower cost.”

Not all delisting decisions are decided by the supermarkets. During the pandemic, many suppliers decided to rationalise ranges to ensure supplies kept flowing. And many are still contending with social distancing, hygiene requirements and maintaining output.

But even once these start to subside, “some manufacturers will be looking and saying, ‘we’ve got by without these SKUs so do we need them to go back?’” says Futter.

Shot in the foot

For others, the situation has thrown up a unique challenge. In March it made sense for suppliers to identify to retailers which of their products were best to be removed. But it has come back to haunt them.

“Now they’re trying to get back in, and the buyers are saying ‘you’ve more or less pointed to the ones that aren’t right for our business so I’m going to leave them out,” says David Sables, CEO at Sentinel Management Consultants.

Few suppliers have been untouched by the delistings, with more than 1,600 brands seeing net cuts since March. Seasonal delistings such as chocolate will inevitably be a factor, but there is also a bigger picture at play. Petcare, for example, is down by more than 2,000 listings alone – more than one in four of every SKU.

Supermarkets will be taking three factors into account when deciding what to rationalise, says Robert Xu, partner at Boston Consulting Group, the company that helped Tesco reduce its range in 2015.

“Retailers ask ‘how much operational efficiency can I gain from reduction? How much commercial impact will I get? And what will the consumer say if I slim down the number of SKUs in this group?’.

“When you have a loyalty scheme you can make decisions much more accurately and much more consumer-focused.”

“They balance these all out and try and get to a final formula of who to rationalise.”

Although axing worst-selling lines may seem like an obvious move, this runs the risk of losing valuable shoppers who build their baskets around a love of certain niche items.

Supermarkets with the best loyalty card data hold the advantage, says Xu, as they can hypothesise product removals at the click of a button, test the effects, and base decisions on how they believe shoppers will react. “When you have a loyalty scheme you can make decisions much more accurately and much more consumer-focused.”

The capabilities of Asda, Morrisons and Sainsbury’s are not as sophisticated, he argues, so “you’ve probably got more opportunity to persuade and convince Asda and Morrisons then to influence Tesco,” adds Sables.

The capability to influence will likely be greatest at the big suppliers who have more access to data and shopper insights to drive these conversations. The result could be a “concentrating of power in the hands of a few big suppliers” warns one manufacturer.

But even the best predictive modelling is never infallible. Andrew Cole, MD at Bridgethorne, therefore believes the supermarkets themselves are exploring unknown waters. “If by removing those 14,000 lines they all sell more product, they are all more efficient and shoppers don’t complain, then why would they put them back?” he says.

“But of course, if they’re not really selling more product, it isn’t that much more efficient and they get loads more complaints, so they’ll start retreating. My guess is that none of them really know how this is going to pan out.”