Greggs to launch its vegan sausage roll into all stores 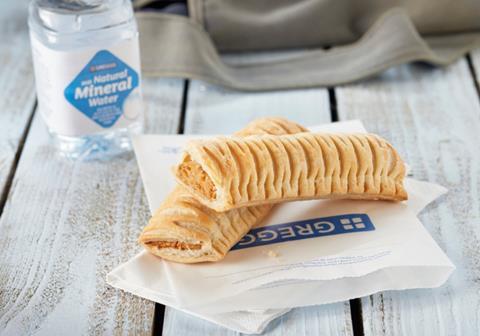 Greggs’ vegan sausage roll is being rolled out to its entire nationwide store estate.

The vegan treat was launched at the beginning of the year in 950 shops to gauge customer demand. After an ‘overwhelming response’ from the public and a huge amount of coverage in the press, the decision has been made to stock all 1,950 stores by 8 March. It will be rolled out at a rate of 250 stores per week.

A spokesman hailed it as one of the most successful launches in Greggs’ history.

“The Greggs vegan sausage roll launched on 3 January, with an overwhelming response from the public, creating lively debate and capturing the attention of the nation at the start of Veganuary,” he said.

The introduction of the vegan version of one of Greggs’ bestselling lines followed strong consumer demand, including a petition by PETA last year that was signed by more than 20,000 people.