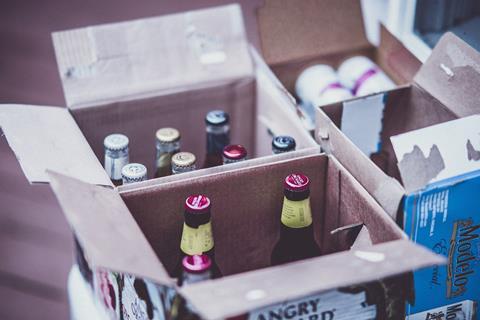 The Beer Boutique was founded in 2011 and ran three stores in Putney, Wandsworth Town and Tunbridge Wells, but collapsed following a Creditors Voluntary Liquidation last week.

Two Heads Beer Co was formed in early 2018 when The Beer Boutique joined together with fellow bottle shop business We Brought Beer to benefit from synergies.

“For probably the last six or nine months, the high street has dropped off,” Hickson said. “Sales started to decline as supermarkets started to get a lot more aggressive about the width and breadth of their range, selling beers cheaper than we can actually buy them from brewers.

“We’ve noticed across the whole business that there is a reduction in consumer confidence, customers spending slightly less each shop, and I think a lot of that is to do with current economic uncertainty.

“We Brought Beer is not immune to the same pressures of supermarkets and weaker consumer confidence, but fortunately those stores have lower cost base and the turnaround programme we are putting into those stores is starting to pay off now.”

Two Heads raised £375k from crowdfunding investors following a campaign which valued the business at more than £2m in June 2018.

The company said it would use the funding to drive plans to open at least two sites per year for the next four years, in similar locations in the London area.

We Brought Beer will continue to trade from its three retail stores in Clapham Junction, Tooting and Balham. The continuing pressures on the craft beer retail industry mean plans for new openings have been stalled, but could still happen in the long term, Hickson said.