Majority of Jamie Oliver restaurants closed with loss of 1,000 jobs 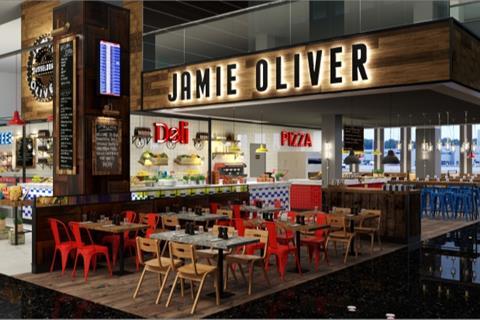 Jamie Oliver’s restaurant empire has been placed in administration with the loss of 1,000 jobs and the closure of the majority of the chain’s outlets.

Will Wright and Mark Orton from KPMG were appointed administrators to the Jamie Oliver Restaurant Group and its subsidiaries including Jamie’s Italian Fifteen Restaurant.

The group employed approximately 1,300 staff across 25 UK restaurants, including 22 under the Jamie’s Italian brand as well as Jamie Oliver’s Diner at Gatwick Airport, Barbecoa and Fifteen London.

KPMG confirmed all but three of the eateries had been closed, resulting in approximately 1,000 redundancies.

Its three outlets in Gatwick Airport will remain open “in the short term” while options for the sites are explored.

The international restaurants trading as Jamie’s Italian, Jamie’s Pizzeria and Jamie’s Deli are not affected.

The collapse follows the failure of an emergency fundraising process to recapitalise the group. Oliver had “made available” £4m, but it was unable to secure sufficient backing from third party investors.

KPMG said: “With no suitable investment forthcoming and in light of the very difficult current trading environment, the directors resolved to appoint administrators.”

Jamie Oliver released a statement reading: ‘I’m devastated that our much-loved UK restaurants have gone into administration. I am deeply saddened by this outcome and would like to thank all of the people who have put their hearts and souls into this business over the years.’

Will Wright, partner at KPMG and joint administrator, added: “The current trading environment for companies across the casual dining sector is as tough as I’ve ever seen. The directors at Jamie Oliver Restaurant Group have worked tirelessly to stabilise the business against a backdrop of rising costs and brittle consumer confidence. However, after a sales process which sought to bring new investment into the business proved unsuccessful, the team took the incredibly difficult decision to appoint administrators.

“Unfortunately, with insufficient funds available to be able to trade the business in administration, all but the Gatwick airport restaurants have now closed. Our priority in the coming hours and days is to work with those employees who have been made redundant, providing any support and assistance they need.”

All restaurant staff salaries will be paid up to the date of the administrators’ appointment.

Oliver’s restaurant empire grew to 43 outlets by 2016, but a year later the company agreed a restructuring plan through a company voluntary arrangement (CVA) that shut 12 restaurants at the cost of 600 jobs.

The chain put its high end Barbecoa steakhouse chain into administration in early 2018, with only its St Paul’s outlet surviving the process.