Aldi Christmas sales up 8% as it breaks £1bn barrier 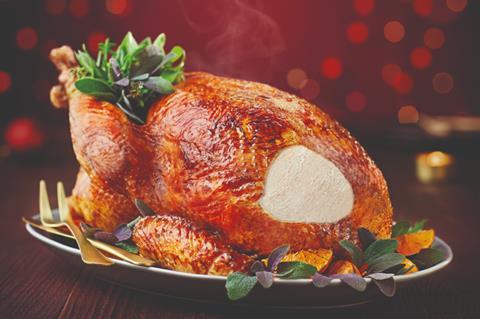 Aldi has announced record Christmas sales at the start of what is expected to be a week of lacklustre festive trading updates from other major supermarkets.

The discounter’s sales were up 7.9% in the four weeks to Christmas Eve compared with the same period in 2018, breaking £1bn for the first time.

However, total growth is slower than seen in the previous festive period, when Aldi sales rose 10% year-on-year.

Aldi claimed to be offering the cheapest fresh turkey in Britain as the range went on sale on 19 December, starting at £2.89 per kg.

Analysts are forecasting weaker Christmas results from the bigger supermarkets as pressure from both Aldi and Lidl continues.

Morrisons’ update, due tomorrow, is expected to reveal the biggest sales hit, according to The Times, with Barclays forecasting like-for-likes excluding wholesale will have fallen by 2.5%.

Sainsbury’s trading update on Wednesday and Tesco’s, on Thursday, are expected to reveal more modest declines.

Tesco is expected to have achieved the strongest performance of the big four.

Aldi currently has 874 stores and remains on target to achieve its long-term goal of 1,200 stores by 2025, according to the retailer. Kantar data puts its market share at 8.0%, having risen by 0.4% during the past 12 months.

In the run-up to Christmas the discounter claims to have sold 55 million mince pies, 22 million pigs in blankets and more than two million Christmas puddings.

“More customers than ever before shopped with us this Christmas because they knew Aldi offered unbeatable value on premium products and the lowest prices on festive essentials,” said CEO Giles Hurley.

“Although we saw strong growth across all key categories, sales of our premium Specially Selected range surpassed expectations, as customers snapped up these products for a fraction of the price they would have paid elsewhere.”