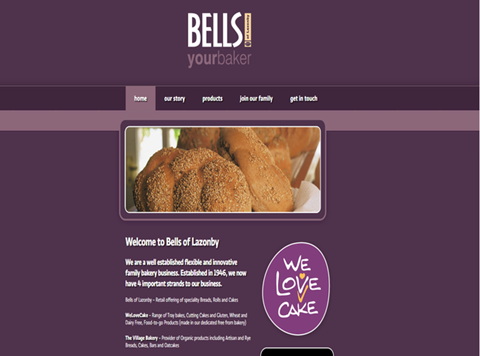 Bakery group Bells of Lazonby has increased sales by more than 13% and grown its profits to continue the rapid expansion experienced in recent years.

The business was a new entry in The Grocer Fast 50 last year, which lists the fastest-growing private fmcg companies in the UK, coming in at 25 with a two year compound annual growth rate of 19.7%.

Sales in 2015 have climbed to £18m, compared with £15.9m in the previous 12 months, according to accounts just published at Companies House. Bells has now recorded double-digit growth for five years in a row.

Bells celebrated its 70th anniversary in 2016 by refreshing the Bells of Lazonby range, which it supplies to retail and food service. It also received recognition from the London Stock Exchange earlier this year, appearing in the annual ‘1,000 Companies to Inspire Britain’ book.

As well as the Bells of Lazonby retail business, Bells operates the We Love Cake brand, which makes a range of gluten-, wheat- and dairy-free cakes and tarts, and The Village Bakery, supplying artisan breads to supermarkets such as Booths, Waitrose and Sainsbury.

Established in 1946 by John Bell, the business now employs close to 250 staff and is run by son Michael Bell