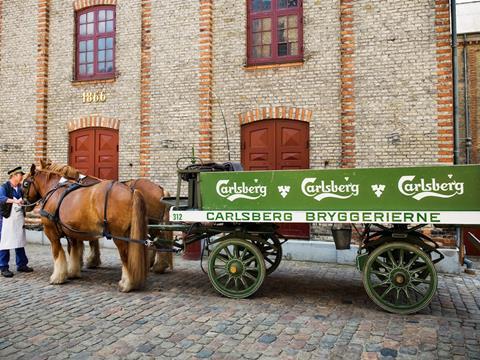 Non-alcoholic beer volumes were up 13% in Western Europe

Craft and non-alcoholic beer sales are booming at Carlsberg, despite a drop in global volumes for the Danish brewer.

Volumes across its craft beer portfolio – which includes Brooklyn Brewery in the UK – were up 25% over H1 2017, according to the brewer’s half-year results, while its non-alcoholic beer volumes were up 13% in Western Europe.

In the UK, Carlsberg’s performance was buoyed by a “new, more premium strategy”, it said. The brewer has stepped up its presence in craft beer this year with the purchase of Hackney-based brewer London Fields last month. Sales of Brooklyn Brewery’s beers, which Carlsberg purchased UK rights for in 2016, were up 96.3% to £5.1m over the past 12 months [Nielsen 52 w/e 22 April 2017].

Carlsberg has also mounted a significant push to “revitalise” its flagship lager brand, whose sales were down £24.4m (67.6%) over the past year [Nielsen].

It launched a £15m campaign centred on “connecting with millennial drinkers” in March, which included a TV ad featuring actor Mads Mikkelsen, and this week announced it would host ‘Danish Way’ activations at UK music festivals across the summer.