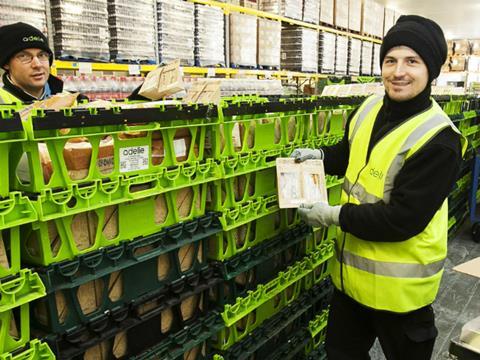 Newly disclosed accounts revealed the food-to-go sandwich maker was picked up by asset manager Intermediate Capital Group (ICG) - owners of Symingtons - for an undisclosed sum in September after the business lost important contracts with Sainsbury’s and WH Smith earlier in the year.

Despite the boom in food-to-go, HIG’s ownership was fraught with difficulties, losing contracts to rival supplier Greencore and closing a factory in the Midlands, with 340 redundancies. Its Irish business in Enniskillen, which acquired The Bite Group out of administration in October 2015, also filed for insolvency in August.

Accounts for parent company Harvest Holdco Ltd for the year to 31 March 2016 showed an 11% increase in sales to £327.6m - on top of the 15% jump in the prior 12 months. But the group recorded an operating loss of £14.7m, compared with a profit of £5.9m posted by Adelie Holdco UK Ltd, the parent company prior to the HIG deal, the previous year.

Also this morning, The Grocer has the story that Premium petfood maker Lily’s Kitchen has slipped into the red despite a 30% sales hike, after investing heavily in the business’ growth plans. The full story is here.

The Grocer has also analysed the aborted Unilever/Kraft Heinz deal and asks what is next for the key players?

The FTSE 100 slipped 0.4% back to 7,271.4pts yesterday, but British American Tobacco (BATS) was up 1.2% to 5,060p after growing full-year revenues, underlying profits and outperforming the industry on volume.