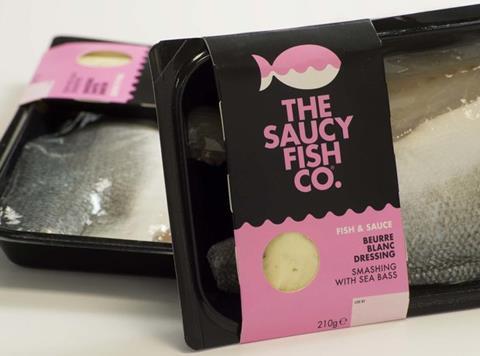 Sales jumped 25% at packaging and food processing giant Hilton Food Group (HFG) in the first half of 2018, boosted by the strong performance of recently acquired, Saucy Fish Co. maker Seachill.

Volume growth was driven by increased sales at Tesco seafood processor Seachill, up 14%, as well as international growth in Ireland and Australia.

Grimsby-based supplier Seachill was bought by Hilton in a deal worth £80m in November last year and employs more than 700 people.

Analysts said growth in Australia was also particularly pleasing, after the business absorbed set up costs from the Australian arm, before gaining full operational control of its joint venture facilities in the country in July.

There was significant cash generation and capex investment during the period, the company said, adding that it has further investments planned.

“We achieved strong volume and profit growth during the period including the integration of Seachill and the launch of a fresh food offering in Central Europe.

“We remain committed to growing our business through innovation and product development as well as continuing to explore opportunities to expand the business both at home and abroad.”

The interim dividend for shareholders increased 12%, from 5p to 5.6p.

Consumer goods giant Unilever (ULVR) has announced plans to “simplify” its company structure with the creation of a new single holding company, ahead of its planned headquarter move to Amsterdam.

The move will reduce it from two UK and Dutch legal entities into the New Unilever NV company, through a UK scheme of arrangement and a Dutch legal merger.

In March, the group said the new holding company, New Unilever NV, incorporated in the Netherlands, would be listed in London, Amsterdam and, in the form of American depositary shares, in New York.

Impairment charges for the year will be between £16m and £16.5m following the inspection of its Rowe Farming and Swancote Farm arms.

The company added that it believes earnings before exceptional charges will be in line with management expectations when it reveals its results for the year ending 30 June 2018, when they are announced on 12 October.

Overnight declines in the US and Asian markets seem to have pushed the FTSE 100 down in early trading, down 0.2% to 7,264.5pts.

Produce Investments (PIL) rocketed after confirmed it was in line with expectation, shooting up 28% to 182.5p.

The FTSE 100 stayed at an almost six month low, as it remained flat at 7,279.3pts, as Barnier’s suggestion that there may be a Brexit deal in a number of weeks helped to turn around the day’s trading performance.

It dropped off 0.6% to 2,257p after the day’s trading, with a strong performance by Primark and grocery helping to lessen the impact of low EU sugar prices.

Packaging giant RPC rocketed up 18% to 806p after the company revealed it was in talks with Bain Capital and Apollo Global Management regarding a buyout.