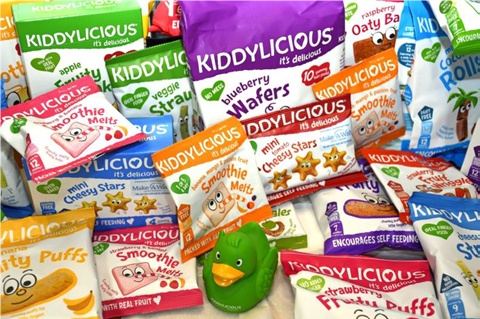 Bear, Nakd and Kiddylicious owner Lotus Bakeries grew its annual revenues and profits last year, boosted by the international rollout of its Biscoff brand and the strong performance of natural snacking.

In 2019 the Belgian food group grew sales by 10.1% to €613m as solid growth in the first half of the year continued in the second half.

The figures were boosted by the incorporation of Kiddylicious for a full year, which accounted for 2.4% of growth.

Its Lotus Biscoff spread and ice cream brand grew “most strongly in absolute terms” as its grew its international footprint. Strong growth continued in US, UK, France and China, while it also posted growth in South Korea, Australia, Spain, the Czech Republic and Switzerland.

2019 saw the launch of Biscoff Ice Cream internationally – already sold in Belgium and the Netherlands, it was introduced into supermarkets in the US, UK, France and South Korea in the year.

The increased turnover was coupled with a positive sales and operating margin contribution.

During the year the newly built Bear factory in South Africa officially become part of the group in June and made a positive contribution to the operating results.

In 2018 and 2019 Lotus invested more than €200m in the acquisitions of Kiddylicious and the Bear factory in South Africa as well as major capex projects, including a Biscoff factory in the US.

In the US PepsiCo (PEP) and Kraft Heinz (KHC) will release their respective full year earnings later on Thursday.

In economic news, the BRC-KPMG Retail Sales for January is out tomorrow morning, while UK industrial production and GDP figures are also out on the same day. Friday brings the official monthly ONS retail sales for the month.