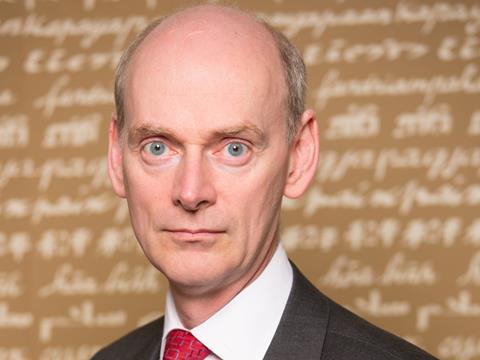 The Co-operative Group has posted a half-year profit of £66m and confirmed that interim CEO Richard Pennycook will take on the role permanently.

The £66m group underlying operating profit for the 26 weeks to 5 July is lower than the £116m recorded the year before, but marks a return to profit for The Co-op after it reported a hefty full-year loss of £2.5bn in April.

“With our members’ continued help and the ongoing support of our customers and colleagues, I am confident that The Co-operative Group has a strong and exciting future ahead of it”

The Co-op said the fall in food profits was “in line with expectations”, and caused by its ongoing disposal of non-core stores, as well as investments in price reductions, service, product innovation and a £74m investment in its store estate.

It opened 21 new stores in the half year and refitted 50 stores. It also introduced 780 new products and revamped 2,500.

Despite the improved figures, the society warned that it still had a “long way ahead of us before we reach our goal of returning The Co-op Group to full financial health”. It said it anticipated “at least a three-year rebuild phase and further two-year renewal phase”.

On Pennycook’s permanent appointment as CEO, chair Ursula Lidbetter said that following the approval of corporate governance reforms on 30 August, the society had decided to “act with speed, and in the interest of the group and its people, by appointing a permanent group chief executive quickly and with immediate effect”.

“We have seen the first-class job that Richard has done over the last six months, in challenging circumstances, leading a strong executive team. He has a commitment to co-operative values and principles and has built a strong rapport with our members. We are clear that he is the right person to continue the process of rebuilding the group,” she added.

Pennycook added: “I lead a talented executive team that has started this vital process and together we will continue our work to restore the Group to its rightful place at the heart of communities. With our members’ continued help and the ongoing support of our customers and colleagues, I am confident that The Co-operative Group has a strong and exciting future ahead of it.”

Pennycook also revealed further details on The Co-op Group’s new strategy ‘championing a better way of doing business for you and your commnunity’, originally announced at its annual general meeting in May.

He said by ‘championing’, the Co-op would take a “leadership position to support the empowerment of communities on issues that are relevant to our members and our business activity, where we can make a tangible difference”.

The society’s new member council, agreed as part of its governance reforms at a special general meeting on 30 August, would “take the lead in determining our campaigning and other priorities and will work closely with our businesses to determine their implementation”. 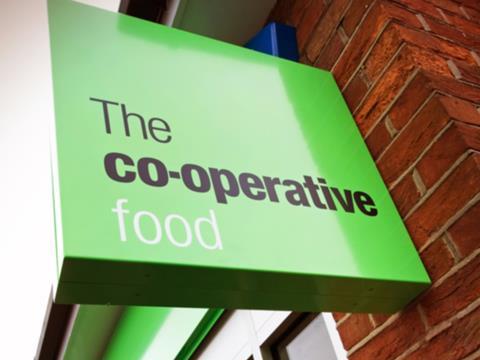 The Co-op is looking to revitalise its links to communities

‘A better way of doing business’, he said, signified “our need to be commercially successful but within a framework of co-operative ownership and ethical responsibility”, while ‘for you’ emphasised that the society wanted to give tangible benefits to members and customers, such as “better prices, great quality, the right location and excellent customer service”.

Meanwhile, ‘your communities’ highlighted the Co-op’s “fundamental aim to enable and strengthen the communities in which we trade. We want to be locally relevant and create compelling reasons why members and customers should be loyal to us.”

Pennycook said that over the next six months, the Co-op would be looking at ways to “revitalise” its membership proposition and develop a new model of local co-operative presence in communities.

“If we can put our new purpose into practice – and in doing so revitalise our membership proposition and develop a new model of co-operation in the communities in which we operate – I am confident we can restore The Co-op Group’s reputation and rebuild our members’ and customers’ trust,” Pennycook said.

“It is a goal which I, and the rest of the executive team, are very much focused on delivering.”