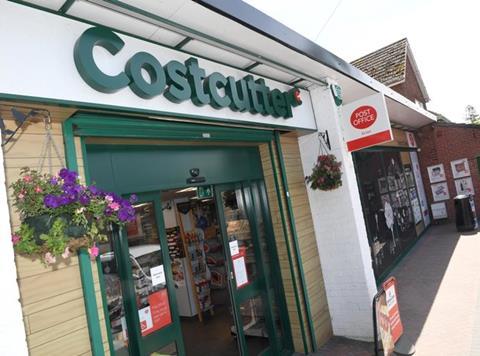 Costcutter has posted a 23.8% fall in sales and an EBITDA loss of £4.2m for the year to 31 December 2018 after what CEO Darcy Willson-Rymer called a “year of two halves”.

The symbol group was heavily impacted in the first half of the year by the collapse of its former distributor Palmer & Harvey until it commenced its current supply deal with the Co-op in May, he said. EBITDA returned to 2017 levels between August and December and sales for January and February of this year were up 15% on 2018.

The P&H woes also led to a further fall in store numbers in the group, however Willson-Rymer said some retailers were already coming back. As of the end of 2018, Costcutter had 1,560 stores in the group, down 216 on the previous year.

He said the symbol group was “not looking to get back to business as usual, but creating a new normal so we are investing time and resource in creating an offer that is different from what we were and most symbol groups are today”.

Willson-Rymer said Costcutter was investing in people in order to help retailers grow their sales. It has restructured its field team, taking responsibility for retailer recruitment away from its business development managers so that BDMs can spend more time with independent retailers. There is now a separate recruitment team, and where BDMs used to look after up to 40 stores this has now been reduced to 25.

“What this allows us to do is give every retailer the equivalent of a full day of a BMD’s time per month to help them drive their business,” explained Willson-Rymer.

He added that the BDMs would work with larger retailers and those that are particularly engaged and supportive of the symbols, while there is a team of account managers based at its York HQ to handle smaller retailers who either do not feel they need as much support or are not as engaged.

“This allows us to tailor the support we offer to the retailer and every retailer should benefit from better support as a result.”

He said he felt that, with the improved availability from the Co-op-owned Nisa supply chain aligned to the Co-op own label and simplified terms it introduced for retailers last year, Costcutter “now has the best symbol proposition on the market”.

It is also beginning to recruit for retailers looking to open a Co-op franchise. Trials at three company-owned stores last year have seen an average sales uplift of 50%, he said.