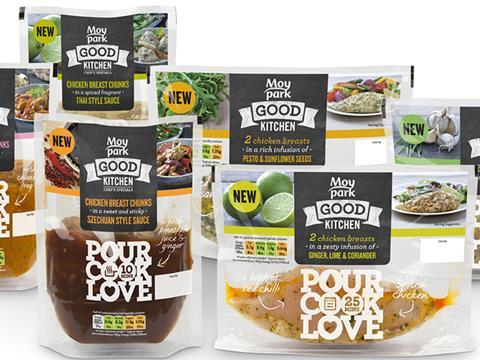 Northern Irish poultry producer Moy Park has reported a four-fold increase in pre-tax profit despite the “economic turbulence” and “uncertainty” resulting from Brexit.

2016 showed volume growth of 3% when compared to the prior year.

The headline profit growth was also boosted by the £12.5m exceptional charge Moy Park incurred in 2015 related to the closure of its Wisbech site and IPO costs.

Moy Park invested a further £51m during the year, including increasing capacity at its Dungannon facility, Ashbourne hatchery and Ashbourne factory.

It added that ongoing focus on cost control and realisation of synergies continued to help drive margin improvement, with EBITDA margin increasing by 110 basis points to 9.2%.

Like for like UK & Ireland sales increased by 1% to £1.08bn, driven by sales volume growth of 4% with strong fresh poultry sales and partially offset by commodity price deflation.

In terms of outlook, the company stated: “All businesses are facing economic turbulence and uncertainty resulting from Britain’s decision to leave the European Union.

“However, the combination of an experienced management team, an outstanding product portfolio and a robust financial position means that Moy Park is well-placed to consolidate and expand on its position as one of Europe’s leading food companies.”

CEO Janet McCollum added: ““We have delivered positive growth in EBITDA and profit before tax, and continued our strategic investment programme, positioning the company well for future growth. This strong performance was delivered against the background of a challenging grocery market.”