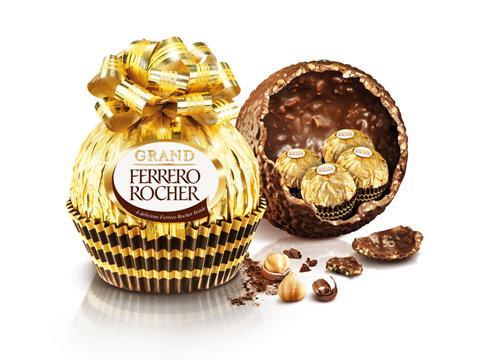 Chocolatier Ferrero has suffered an escalation in UK losses after investing heavily in its quest to grow sales.

A spokeswoman for Ferrero said profits across confectionery had been impacted by an increase in raw material costs.

“In addition, Ferrero UK’s commitment to the UK has seen the company investing heavily in media and in-store support,” the spokeswoman said.

Ferrero UK boss Pieraldo Oldano has previously stated the ultimate aim is for Ferrero to become the UK’s number one chocolate manufacturer.

To aid these efforts, Ferrero bought UK chocolate maker and retailer Thorntons in August 2015 for £112m.

The new Companies House figures do not reflect any impact from the Thorntons acquisition as the deal falls outside its annual reporting period. In its most recent financial results before delisting, Thorntons reported a 10% fall in first-half pre-tax profit for the six months to 10 January 2015, with revenues 8.2% down year on year to £128.2m.

The spokeswoman said: “Over the coming months, Ferrero will continue to work with the management and employees of Thorntons to grow the business, utilising the strong brands of both Ferrero and Thorntons.”

Ferrero UK has almost doubled revenues over the past five years, but losses have escalated as the company has grown in the country. It recorded a £582,000 pre-tax profit in the year to August 2011, but has posted a pre-tax loss in every year since then.