Filippo Berio profits soar as it predicts tougher year ahead 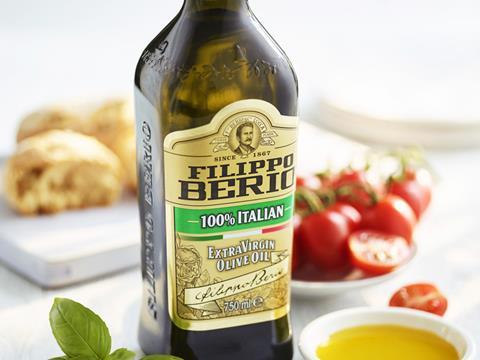 Profits have more than doubled at Filippo Berio in the UK but the business has warned of tough trading conditions as soaring olive oil prices and the weak pound aided a fall in volumes.

Filippo Berio was forced to pass on price increases to its retail customers as rising commodity costs and the weakening of sterling since the EU referendum squeezed the brand.

Higher prices on shelf and a fewer promotions saw volume decline 7% during the year.

“For 2017 we have had to manage further currency and raw material increases, which will deliver a fall in profit and volume this year,” MD Walter Zanré said.