Greggs will be "radically different" 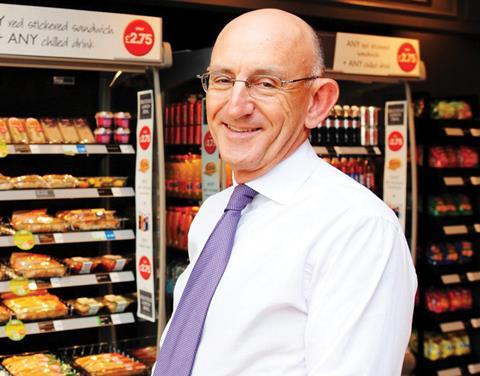 Shares in the business have soared almost 16% to 1,199p at the time of writing as Greggs announced it would close three of its 12 bakeries, with the loss of 355 jobs, and invest in altering the supply chain and expanding the estate to 2,000-plus stores.

“In 2015 we delivered another excellent performance in the second year of our strategy to transform Greggs from a traditional bakery business into a modern, attractive food-on-the-go retailer,” Whiteside said.

Greggs will spend £100m in the next five years to transform its bakeries – starting with Enfield in London and Clydesmill in Glasgow – into “manufacturing centres of excellence” which will specialise in a range of different products at each. Three bakeries – in Twickenham, Edinburgh and Sleaford – have been earmarked for closure with 355 staff affected.

“We intend to invest substantially to support growth and reshape the supply chain in order to compete more effectively in the food-on-the-go market. We want to grow Greggs beyond 2,000 shops and to do that we need to invest in capacity and growing it in the right way,” Whiteside said.

He added at the end of the five-year programme Greggs would hardly sell any bread, the low calorie balanced choice sandwich range would make up a substantial part of its offering, breakfast would be widened and the entire supply chain would have been reshaped completely. “There is no facet of the business which will look the same in five years,” he said. “It will be radically different. We are proud of being a bakery; we’re always going to be a baker, but now we are a bakery for instant consumption not bakery to take home, that is the distinction. We’ve focused on taking our bakery heritage and deploying that in the fast-growing food-on-the-go market.”

Whiteside has transformed the business since joining in 2013. In-store bakeries have been closed in hundreds of stores; a huge refit programme has seen seats and Wi-Fi installed throughout the estate; and the product range has been expanded to include coffee, porridge and healthier sandwiches.

Another 202 shops were refurbished last year and 122 new shops were opened, with 74 closed, to leave the portfolio at 1,700-strong. The majority of new openings (90%) are away from the high street in areas such as retail and industrial parks, motorway service stations and travel hubs, with 27% of the estate now in these types of locations. In 2016, the business expects to open 100-120 shops and to close between 50 and 60.

“The opportunity for Greggs is on territory you would never have gone near as a take-home bakery business,” Whiteside said.

“Overall 2016 will be another year of significant change as we advance with our strategic plan and propose major investment in our supply chain,” Whiteside added. “Alongside this we are confident of delivering a further year of underlying growth.”