Innocent growth plan pushes it into the red 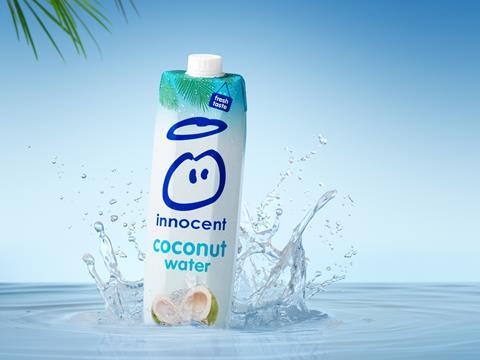 Profits have plummeted at smoothie maker Innocent Drinks for the second year in a row as its exit from food products hit trading.

In a “challenging” UK juice market, sales continued to grow at the Coca Cola-owned drinks firm, with currency adjusted UK and European revenues up 18.2% to £258.8m, despite exiting the food category in April 2015, which wiped £7m-£8m off revenues. “For the long term it was definitely the right thing to do,” said CEO Douglas Lamont of the decision to abandon veg pots, as it “enabled focus on new growth areas”.

He added the profit loss followed major investments in European markets and NPD over the past 12 months in line with his brief to reinvest all discretionary profit to grow the business.

“Last year we invested more money than we’ve ever done in innovation and marketing the brand,” he said. Gross margins grew in line with revenues, he added, and the business was “getting to the scale” where it could both grow and return a profit in the years ahead. “The plan is, broadly, not go backwards from this point in terms of the amount we invest in the markets, but as we grow to start in small increments increasing profit going forward.

Innovation also added £28m of revenue, which included the launch of Innocent Coconut Water in July 2015, a product that now occupies nearly 40% of market shareand which Lamont hopes will grow into a “£30m+ opportunity” for the soft drinks company.

Innocent has changed the accounting treatment of its figures this year so historic comparisons are no longer like-for-like.