Kellogg's sales continue to slide in the UK 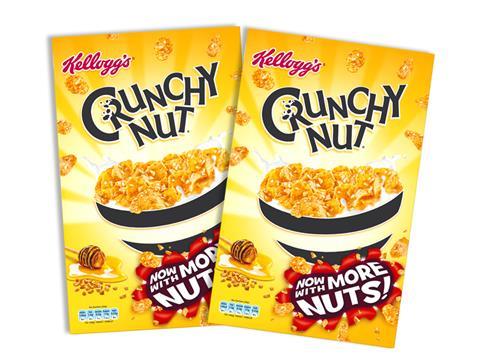 A declining UK cereal market continues to hamper sales at Kellogg’s as its Special K, All Bran and Crunchy Nut brands fell out of favour with shoppers.

The rise of breakfast on-the-go, with fewer Brits sitting down for a bowl of cereal in the morning in favour of grabbing protein boosted drinks and yoghurts, have combined with swingeing price cuts as the supermarkets try to compete with the discounters has hit cereal sales in the UK in recent years.

Special K and All-Bran led the core brand decline as Kellogg’s continued to reposition the adult health portfolio from weight management to health and wellness, according to new accounts filed at Companies House for Kellogg Marketing and Sales Company UK.

The commercial model was reset on Corn Flakes, exiting portions of the business and refocusing on driving value behind the brand, Kellogg’s added.

Kellogg’s said in the latest accounts that its snacks business offset some of the cereal declines with a “strong performance”, with further growth for the Pringles brand.

“Although there have been some challenges in the cereal category in recent years, we have seen strong growth in our business with key retailers and in some of our core brands in 2017,” a Kellogg’s spokeswoman said.

“We have also succeeded in growing some of our most popular brands which has driven the category back into value growth. In fact, we currently have the three fastest-growing brands in the cereal market year to date: teen favourite Krave +19% and family favourite’s CornFlakes +15% and Crunchy Nut +11%, while Special K has returned to growth in the second half of the year.”

“We will continue to invest in the brands that our consumers love and to launch new innovation that provides shoppers more choice in the cereal category.”

Pre-tax profits at the UK sales and marketing arm jumped to £22.1m in 2016, compared with £13m in the previous year, largely thanks to foreign currency gains arising from the weakening of sterling following the Brexit vote.

“The directors are confident that with the pipeline of commercial initiatives, product innovation and the Project K global growth and efficiency program, the business will be well positioned for strong future growth,” the accounts added.

Revenues also fell at the Kellogg Company of Great Britain, the manufacturing subsidiary, from £134.7m to £128.6m

Kellogg has seen sales decline for nine quarters in a row as consumers across the world change their eating habits. Revenues dropped another 2.5% in the second quarter of 2017 to $3.2bn (£2.4bn), with the group highlight challenges in the UK.