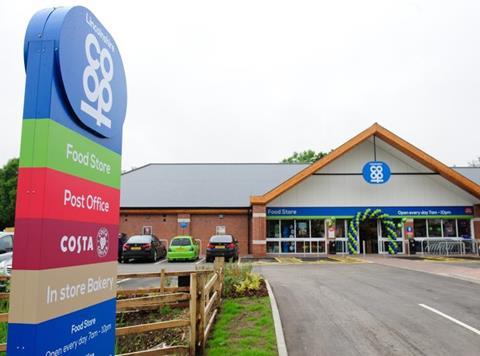 It was the first time in the independent co-op’s 155-year history that sales pushed through the £300m mark.

The retailer also grew sales at its 83 food stores by 6.9% while trading profits rose by 4% to £20m in the same period.

The co-op said locally sourced products continued to grow in popularity and its bakery, Gadsby’s, ratcheted up sales by 7% with the Love Local range of regional meats and goods from small producers rising by 9%.

Over the year, the retailer invested £18.8m in its estate of 218 outlets including its food stores, 49 pharmacies, 41 post offices, seven filling stations, 13 travel agents and 18 funeral homes.

It opened eight more retail outlets including one food store and five new food outlets built to replace ones it had outgrown.

In addition, it is planning three new stores at Scawby, North Hykeham and Whaplode and is currently building one in Goxhill.

Two years ago, the co-op began rebranding all its outlets to its latest fascia and finished a further 35 in the 12 months to 3 September, leaving less than a quarter of its estate still to go.

The annual report also said that over the year membership increased by 24,800 with its junior members’ programme boosted by its initiative to give free fruit or fruit bags to youngsters during the Easter and summer holidays. More than 12,000 portions were given away.

Its 260,000 members were paid £1.9m in bonuses during the year and its directors have recommended a further £1.6m bonus share out be approved, equal to an average return of 3.1% on the value of members’ shopping.

The co-op’s 2,900 colleagues also each received the equivalent of an extra week-and-a-half’s wages from the 2015-2016 profit share scheme.

“We’re successful and able to reach milestones such as £300m of sales or recruiting almost 25,000 new members because customers know we offer something different as a co-operative,” said Lincolnshire Co-op chief executive Ursula Lidbetter.

“People choose Lincolnshire Co-op because of our great people and range of services, but also because they know every penny spent with us makes a difference. Their support means we can tackle projects, both big and small, that have a positive impact on the community - from major investments like the Cornhill Quarter and Science and Innovation Park in Lincoln, to clearing up beaches on the Lincolnshire coast during volunteering days or giving free health checks through our roaming health pod.”