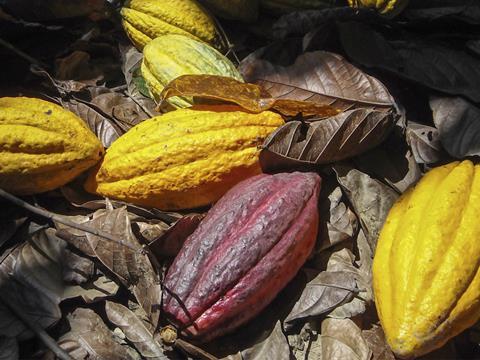 Commodities costs at Mondelez increased in the first quarter of 2017 despite falling world cocoa prices, as the confectionery giant was unable to take advantage of lower prices because of its hedging arrangements.

Higher dairy prices also contributed to increased input costs at Mondelez, which last week managed to beat analyst expectations with revenues of $6.41bn, down 0.6% but ahead of analyst forecasts of $6.37bn [Thomson Reuters].

Explaining the increase in input costs, CFO Brian Gladden told analysts while there had been a “fairly significant move in cocoa prices” – especially in the US and Europe – the “hedge window for cocoa is longer than, I think, you would expect”.

He added: “That’s really driven by our pricing, our ability and the frequency at which we can go after pricing in some of the key markets there. And in some cases, you have annual renegotiations and you want to create certainty in terms of margins in those relationships, so you’re going to go out and hedge a little bit further. So, we are hedged longer than, I think, you would expect and therefore don’t necessarily have access to the current pricing in this market at this time. It’ll be a little bit outside the window of the next few quarters that we start getting some of the benefit of lower cocoa prices.”

Gladden added dairy was “almost as big a buy” for Mondelez as cocoa, and dairy prices had been moving up. “There’s much less liquidity in that market to do hedging, so we are absorbing some of the pain associated with dairy,” he said. “And again, it’s not nearly as hedged. So those are the dynamics that are playing out. In the short-term, we are seeing some input cost pressure.”

CEO and chairman Irene Rosenfeld described last week’s Q1 results as a “solid start to the year despite challenging market conditions”. She added: “We delivered both top-line organic growth and strong margin expansion in the quarter, while also making critical investments for our future. We remain confident in and committed to our balanced strategy for both top- and bottom-line growth, continuing to focus on what we can control to deliver long-term value creation for our shareholders.”