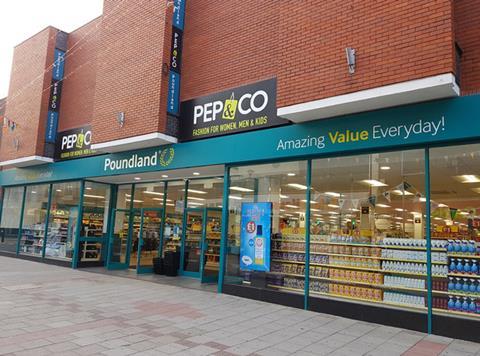 Strong like-for-like growth at Poundland helped boost parent company Pepkor Europe’s revenue by 10.6% in the year to 30 September, according to a trading update.

Poundland’s growth was driven primarily by the introduction of Pep&Co clothing outlets in 300 branches between March 2017 and July 2018. The rollout had established Poundland as a top 20 UK fashion retailer by volume, according to the update.

“Poundland’s return to like-for-like growth is encouraging and the continued growth of Pepco clearly evidences the broad appeal of its value for money proposition in existing and new markets.”

Each of the group’s brands was “growing at levels similar to that experienced online”, he added.

Across the group, the number of stores rose 12.6% to 2,360 and expansion of each brand would continue in the current financial year, the update said.