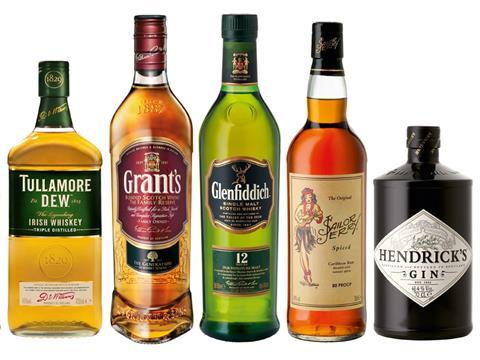 Scottish spirits supplier William Grant & Sons saw annual profits climb by 4% in 2014 despite a 16% reduction in sales due to falling whisky exports and its decision to cut down its distribution of third party brands.

Annual post tax profits rose 4% to £139.8m for the year, thanks to its shift in emphasis to its own premium brands such as Glenfiddich.

This strategy to move away from the distribution of third party brands saw group turnover slide by 16% to £933.2m. However, core premium brands saw turnover increase by 9% year-on-year.

The plunge in the value of the euro and general strength of the pound mean that exports of Scotch whisky generally were hit last year, with overall exports falling by 7%.

Chief executive Stella David said: “This success was driven by our constant focus on brand building and investing for the long term. The business and our brands are well positioned to continue their growth in 2015 and beyond.”

William Grant said “strong value growth” was delivered by Glenfiddich and The Balvenie, with Hendrick’s gin, continuing to “grow rapidly across the world”.

During the year the group acquired the Drambuie, which it said “fits naturally with the group’s premium branded portfolio” and would deliver long-term growth with “careful nurturing”.

Capital expenditure remained at “record levels”, William Grant said, including a €35m investment in a new Irish malt distillery being opened at Tullamore in Ireland. The new distillery will support the ongoing growth of Tullamore D.E.W., the world’s second largest Irish whiskey, which was acquired in 2010.