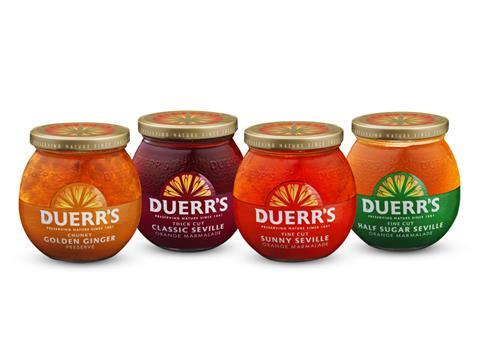 Profits have slid almost 20% at conserve maker Duerr’s as the rise in costs and weakness in the pound since the EU referendum, combined with low growth for its jams and marmalade, hit the business.

“Direct costs increased significantly during the last half of the year as pound sterling weakened and impacted adversely on raw material costs,” the new accounts at Companies House said.

The devaluation of the pound in the wake of the Brexit vote has pushed up prices of spreads, while the popularity of jam and marmalade is also waning (Jams & spreads category report, 16 January, pxx).

However, Duerr’s entry to the peanut butter market in 2013 has helped offset any declines in its conserve sales as demand for nut butters continues to grow.

“2016 was a turbulent year in a competitive market,” sales and marketing director Richard Duerr told The Grocer.

“Peanut butter sales continued to increase, but other areas saw little growth. The impact of Brexit earlier this year challenged businesses across the board and was a catalyst for cost increases, which have, and will continue, to affect the sector.

“Our plan has always been to prepare the business, as far as possible, for the impact of political instability and that hasn’t changed.

“We are still confidently building the brand. This year we have launched a new range of citrus conserves and have more NPD on the horizon for later in the year, as well as plans to expand the Hi-Pro Peanut Butter brand, which taps in to the high protein health trend.”