How scared should suppliers be about the proposed Sainsbury’s-Asda merger? 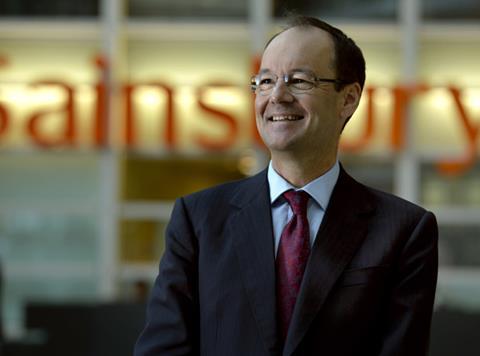 Sainsbury’s doesn’t much like its suppliers. Harsh, perhaps. But it’s got form, going back years, particularly on the branded side, where it’s regularly gone out of its way to drive customers towards own-label lines, through ad campaigns, till vouchers and other mechanics.

It’s also appeared the most irritable and threatening (at least publicly) towards suppliers who chose to engage with the discounters over the years.

Oh, and Sainsbury’s was the only major multiple not to participate in The Grocer’s Supplier of the Year 2018 competition (the winners, announced last week, can be found here). You might think it would want to give some credit to its best-performing suppliers. And buyers from nine of the top 10 multiples responded (as well as many other smaller retailers, wholesalers and buying groups). But not Sainsbury’s. It’s above such niceties, apparently.

So it was no surprise to hear Sainsbury’s CEO Mike Coupe identify suppliers as the greatest source of leverage in its shock merger with Asda. While insisting there will not be job cuts at Sainsbury’s and Asda (Coupe said its experience with Argos, which now employs more people than it did prior to the acquisition, was instructive), and with no store closures planned thanks to its “sweetheart” geographic fit, that puts the onus on suppliers to achieve the 10% price reduction on everyday lines that it’s held out as the most juicy and public-facing component of its ‘sharpened’ proposition.

Suppliers would deliver £350m of net synergies out of the £500m total he explained. But the gross synergy figure is much higher, in order to fund that 10% price reduction.

Yet he insisted the Sainsbury’s-Asda merger was a “great deal” for suppliers, driving greater efficiency, streamlining supply chains, enabling differentiated ranges, and the opportunity to grow sales via a more attractive proposition that would simultaneously boost footfall.

Unfortunately, lots of suppliers don’t buy that, and have been contacting The Grocer (and other media channels) to voice their concerns.

Coupe was at pains to point out he expected these synergies to come from “large, multinational suppliers, who make spectacular returns on equity and are very, very profitable. What we are trying to do is to identify synergies from those suppliers and reinvest them into UK customers.”

In other words, Coupe will take on those beastly, big, foreign suppliers on behalf of British customers.

Also, the synergies would result not from seeking price reductions as a reward for extra volumes, he explained. Rather, they will come from “harmonisation” or “equalisation” of terms. The due diligence process – hosted via an anonymised, third party ‘black box’ process, to avoid competition abuse – has given both parties “a pretty good idea of the buying synergies”, he said.

“We know the arithmetic. What we don’t know is who’s buying better where. That’s all stuff to work through. But what we know is that equalising prices on the same products, the money’s there.”

He added: “We think we will be a force for good, not just in how we compete, but in terms of resilience and the capacity to compete on any number of fronts.”

How Sainsbury’s chooses to use these synergies, ie the “fronts” on which it chooses to compete, is likely to be crucial.

As we’ve seen with Aldi and Lidl, their success has come primarily from competing in areas that are NOT dominated by large, multinational suppliers. In other words, on meat and fish, fruit and veg, which are dominated by smaller players, here and abroad.

Coupe insisted at the media conference this morning that Sainsbury’s had “good supplier relations and supported British producers extensively” but that hasn’t stopped the NFU from expressing its concerns vociferously. And it’s hard to square his insistence on the excellent “cultural fit” between the two businesses and Asda’s strong admonishment by the Groceries Code Adjudicator last year over supplier bullying.

The other awkward issue for Coupe is the margin that Sainsbury’s has always expected from its suppliers. As suppliers have regularly told us, part of the reason Sainsbury’s cannot seem to compete with the discounters is the gross profit it expects to make: it often buys more cheaply but sells at a higher price, they tell me.

On the other hand, the Sainsbury’s-Asda transaction would “protect choice”, Sainsbury’s argues, on the basis that as a supplier you’re likely to flog a far wider range of goods via a thriving full-service supermarket than if you backed the discounters with their limited ranges.

That’s long been the argument Sainsbury’s has held for supplier support.

But “while everyday value items – those that supermarkets use as benchmarks and shape price image – are likely to drop,” says James Brown, head of the retail and consumer goods practice at pricing specialists Simon-Kucher, “beyond [these lines] the impact is not at all clear.”

The question is therefore: can the CMA trust a more powerful supermarket to act on behalf of the consumer across the piece, or will it use its heft there to close off competition more generally?