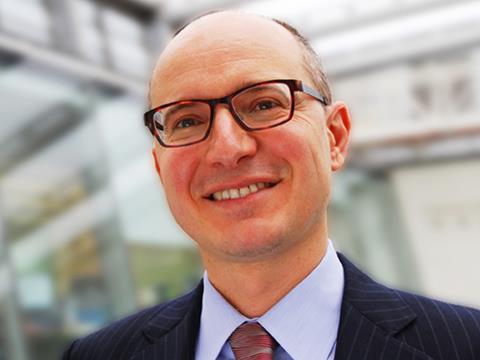 The CMA has moved to reassure MPs that the threat to suppliers from the buying power of a merged Sainsbury’s and Asda will form a “critical” part of its looming investigation.

In a letter to the chiefs of parliament’s BEIS and Efra committees, published today, CMA chief executive Andrea Coscelli said it was determined suppliers had a chance to voice their views on a possible squeeze on prices, alongside the potential impact on consumers.

The letter came after BEIS committee chair Rachel Reeves and Neil Parish, chair of the Efra committee, demanded to know what reassurances the CMA could give to stop the merged company “stitching up” suppliers.

Coscelli said: “Given the size and importance of the sector, it is critical that all interested parties, including those such as suppliers to groceries retailers, have the opportunity to make their views known and present all relevant evidence to the CMA in the course of its investigation.

“During its investigation, the CMA will also proactively contact companies and organisations that are active in the markets affected by the proposed merger, or have valuable insights or evidence that could assist the CMA’s investigation, such as suppliers, competitors, industry bodies and consumer organisations.”

The CMA was accused of ignoring supplier fears over competition in the Tesco-Booker merger, which has led many experts to believe the latest takeover will be waved through because of the relative lack of crossover of the two retailers’ estates.

Coscelli said: “The CMA’s primary duty is to promote competition for the benefit of consumers, a duty that extends across all markets in the UK. Our investigation will therefore cover a wide range of issues, including the impact the proposed merger will have on competition in the supply of groceries, both at the national level and within individual local areas, as well as the potential implications for competition of the merged company increasing its ‘buyer power’ in negotiations with suppliers.”

Earlier this month the CMA launched a preliminary ‘invitation to comment’, with interested parties given until next week to comment ahead of a full-blown investigation, which is expected to take six months.

It also announced a major consumer survey would be carried out to consult with consumers on the possible impact of the merger.

Reeves also revealed a letter from Sainsbury’s boss Mike Coupe, admitting the merger would result in management positions being slashed, despite his reassurances about shop floor jobs not being lost.

According to the Daily Mail, Coupe said: “No company can guarantee that absolutely every job across its business will stay unchanged forever.

“We would expect that a very low number of well-paid managerial roles will be duplicated across the group. It is too early to speculate on where these will be and we would aim to manage these via natural attrition where possible.”

Last week The Grocer revealed the Labour Party had held senior-level talks with union leaders and suppliers organisations, as it considers a possible move to try to derail or impose strict conditions on the merger.

Rebecca Long-Bailey, shadow BEIS secretary, told The Grocer the merger could spell “disaster” for suppliers because of its impact in lessening competition.