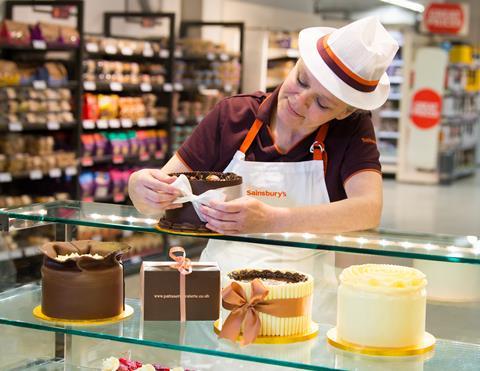 Sainsbury’s has taken its trial partnership with Patisserie Valerie a step further by rolling out the range in more stores and introducing a click & collect option.

Six months after introducing the cake range into selected counters, Sainsbury’s has launched a click & collect service for Patisserie Valerie gateaux across 37 branches including Balham, Selly Oak and Oldbury.

The supermarket has also increased the number of stores stocking the range from 18 to 28.

The branches receive handmade Patisserie Valerie products, ranging from eight-inch gateaux to individual slices, in the morning and stock them in their cake counters during the day.

Paul May, CEO of Patisserie Valerie parent company Patisserie Holdings, said there had been a “great response” to the trial so far.

It is not known whether the trial will be made permanent but in July, The Grocer’s sister publication British Baker reported it had been extended for 18 weeks longer than planned.