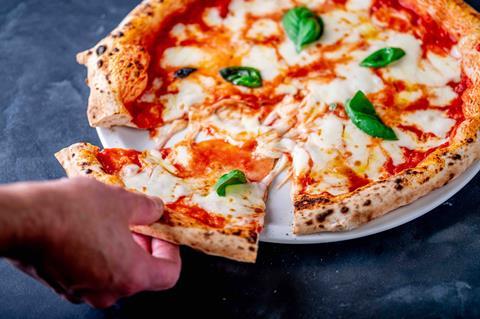 Sainsbury’s has partnered with Italian restaurant Carluccio’s to launch a new concept at its superstore in Shires Retail Park, Leamington Spa.

The new Carluccio’s Counter is set to open at the store from 24 June. The format will be similar to a supermarket deli and will feature an array of freshly-made takeaway options such as pasta bakes, pizzas and rotisserie chicken.

The brand’s signature products, such as durum wheat pasta, extra virgin olive oils, nduja salami and risotto rice, will also be available. Shoppers will be able to buy Carluccio’s two blends of Italian coffee and sweet treats, including biscuits and chocolate truffles.

Customers can also order from the new Carluccio’s Counter for home delivery through either Deliveroo, Uber Eats or Just Eat.

The concept is part of a larger partnership between the retailer and the Italian restaurant chain, which was bought by Boparan Restaurant Group in May last year after falling into administration early in the pandemic.

The launch of the counter follows the opening of another new format, Caffe Carluccio’s, at Sainsbury’s St Albans store earlier this month.

“Our customers tell us they want Carluccio’s to be part of their everyday and as such we are delivering a multi-channel and multi-format strategy for the brand,” said BRG MD Satnam Leihal.

“With Caffe Carluccio’s offering two blends of the best quality Italian coffee, alongside an accessible all-day menu with sandwiches made fresh daily, we are elevating what a coffee shop in the UK can be.”

BRG is planning on rolling out 500 sites of the Caffe Carluccio’s concept over the next five years in travel hubs, city centres and neighbourhood locations.

A third format, dubbed The Restaurant Hub, is also opening in Sainsbury’s Selly Oak superstore in Birmingham at the end of next month. It will feature several BRG-owned restaurants, including Caffe Carluccio’s, GBK, Slim Chickens, Harry Ramsden’s and Ed’s Easy Diner.