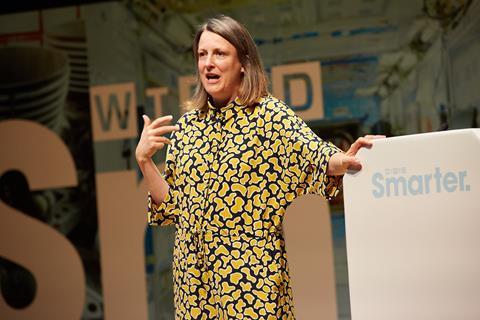 Sainsbury’s is on a mission to “democratise” its huge stores of internal data to make business and customer insights more accessible to more employees, the company’s chief data and analytics officer has said.

Helen Hunter said the retailer was “shifting the paradigm away from insights being the preserve of the special few who can write brilliant code” and working towards “democratising it into the palm of the hand of every store manager, every colleague in commercial, finance”.

Getting insights from the company’s data was currently limited to data scientists and skilled business analysts, Hunter told the Wired Smarter conference in London on Wednesday (30 October).

Sainsbury’s was now working to help those within the business “who can’t write code, but want data” and to present data in a way that “makes it useful and consumable by all” Hunter said.

“We want to empower colleagues to satiate their curiosity about our business and the way it works, by bringing information into the palm of their hands,” she said.

In recent months, Sainsbury’s has brought the technology teams of its various brands - Argos, Tu, Habitat, Sainsbury’s Bank and loyalty scheme Nectar - into one function.

In doing so, the company wanted to “more effectively pool our data than ever before” Hunter said.

“We want to be able to see the customer in 360 degrees at all times, irrespective of the brand or channel they’re choosing to shop with,” she said.

There were challenges to doing this, she added, for example the sheer scale of the datasets and the fact some of them exist on what Hunter called “legacy mainframe systems that were engineered back in the 1960s”. But within Sainsbury’s stored records of billions of transactions, sat an “enormous amount of information about the way the British public lives their lives” Hunter said.

“It’s in democratising access to this data, turning this data into information, that we change the way our business works, ultimately to the benefit of our customers,” she added.

Data and insights were placed at the centre of Sainsbury’s business strategy in its 2019 annual report.

“There’s been a tremendous amount of appetite in Sainsbury’s for this change,” added Hunter.