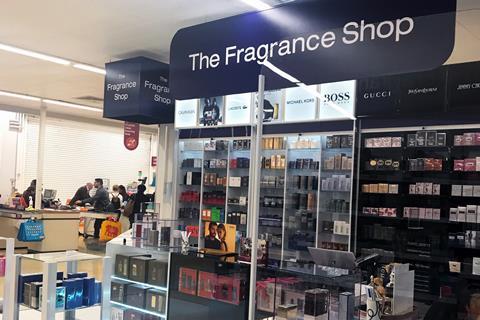 Sainsbury’s has removed a The Fragrance Shop concession from its Purley Way superstore and shelved plans for another in its Selly Oak store in Birmingham, it has emerged.

The retailer introduced the concession in Purley Way, Croydon, last September as part of a wider push into the beauty market which saw it introduce 1,500 new lines and offer dedicated in-store beauty advisers. It said at the time that a second concession was planned for the Selly Oak store, which opened in November. However, while that store does include the expanded health & beauty offer, it did not get a Fragrance Shop concession and the one in Purley Way was removed earlier this year.

A Sainsbury’s spokeswoman confirmed it had been removed, adding that “we’re always trialling different in-store services and the results have helped us improve our beauty proposition”.

She added that customer feedback from the revamped beauty aisles had been positive.

Meanwhile, Waitrose is about to roll out a further 10 concessions with upmarket deli brand Unearthed. The rollout follows the success of its initial concession which launched in Waitrose’s Richmond branch last year. Concessions will open in Waitrose stores in Banstead and Locksheath next month, while its Horley, Belgravia and Henley stores will come on board in August. The remaining five will be introduced in September in Salisbury, Westfield, Dorking, Canary Wharf and Beaconsfield.

“A key element of our strategy is offering our customers great quality products which aren’t widely available,” said Sarah Kennedy, Waitrose concept and operational development manager, food service. “The hand-carved meats have been hugely popular with customers in our Richmond branch.”