Asda's poor service and availability laid bare by The Grocer 33 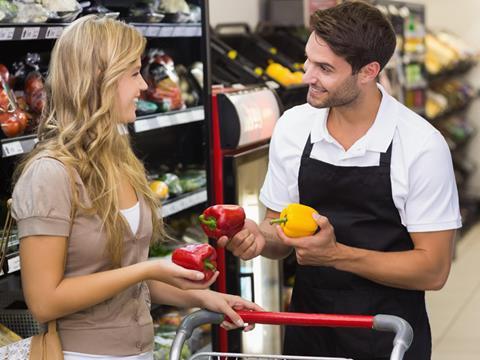 Sainsbury’s scooped the Grocer 33 awards for both customer service and availability at this week’s Grocer Gold Awards. For the fourth year running. The man in charge in that time: incoming Asda deputy CEO and COO Roger Burnley.

Drill a little deeper into the results of our weekly mystery shopping trips over the last year and, when he joins in October they will provide Burnley - and before that Asda’s incoming CEO Sean Clarke - with plenty of food for thought.

Sainsbury’s was the clear winner in both areas, with 97.4% availability comfortably ahead of nearest rival Tesco’s 95.9%; while an average weekly store performance score of 71.4 (out of 100) was again well clear of second-placed Tesco with 68.3%. It’s no surprise to Bernstein analyst Bruno Monteyne.

“The best-run stores for four or five years in a row now,” he says of Sainsbury’s. “Its strategy has worked. It didn’t collapse like Morrisons and Tesco, and so didn’t need big management or strategy changes. That results in stable and solid operations.”

That said, service and availability has clearly improved at both Morrisons and Tesco. A year ago Morrisons was rock bottom in terms of store performance, with an average store score of 63.9. At the time, its sales were also in a slump but Potts was putting in place the building blocks of his recovery plan, which was focused squarely on getting its core supermarkets firing again. He got rid of the so-called Intelligent Queue Management system that was driving staff mad, and brought in 5,000 more in-store staff. Morale has improved. As have sales. And in the process Morrisons has improved its average store score by 330 basis points to 67.2.

“We have listened to customers and what they want is great service, shorter queues and better availability, especially at the busiest times,” says group retail director Gary Mills. “To help achieve this, we have recruited more colleagues and re-scheduled hours towards the busiest times of the week. We have also improved our checkout technology and introduced new measures to improve availability. There is more to do but we are pleased that the difference in the shopping trip is being recognised.”

Availability at Morrisons, up just 10 basis points to 94.6%, is the obvious sticking point, Mills concedes. On the other hand it’s where Tesco has made the greatest progress.

Monteyne credits the improvements in Tesco’s performance (both in The Grocer 33 and its recent sales) to the work going on for the past couple of years to drive availability and service. Availability was up to 95.9% from 94.7%, while its average store score rose from 67.6 to 68.3.

“Tesco made most of its huge improvements in store standards before this year,” says Monteyne. “The last six months of Philip Clarke, standards were rock bottom. So I would argue Tesco and Morrisons [have made] a similar boost, with a lag of about nine months.”

These improvements contrast with an alarming deterioration in service and availability at Asda and, more surprisingly, Waitrose. While there appears to be a clear link between Asda’s poor performance and its declining sales (down 5.1% according to the latest 12-week Kantar market share figures to 22 May), Waitrose sales were up 2.1%. So the fact that Waitrose average store scores fell from 66.6 to 63.9 has confounded industry experts, including the Institute of Customer Services director of communications & corporate affairs Mike Petrook, who points out that Waitrose is the top-performing grocer in its own index.

One issue for Waitrose is its availability, which nose-dived 1.7 percentage points to 94.2%. Mystery shopper feedback (which Gold members can view every week online) also suggests some disaffection over not only the width of the aisles but the positioning of new customer service desks at the front of its stores, which clog the entrance.

Where experts do agree is on what is going wrong at Asda. The consensus is that cutting costs has severely impacted the in-store experience. In the two years since its Five Year Strategic Plan was implemented, Asda’s availability has been lower than any of its rivals (though it actually nudged up slightly to 93.2%). And with shop floor service falling markedly, its average store score slumped from 65.9 to 63.4.

Experts agree relying on price alone is not enough, particularly when that weapon too has been blunted by Aldi and Lidl.

Says TCC Global insights director Bryan Roberts: “These figures reinforce the view that Asda needs to do more to win the hearts and minds of shoppers: better stores, better product and better service.”

In light of these results, it’s hardly surprising Walmart felt it was time for a change of leadership. Monteyne has some simple advice for the new man: “Priority number one for the new CEO will be store standards, followed by number two private label and then maybe three - prices!”