Vegan brands struggling to keep up with soaring demand 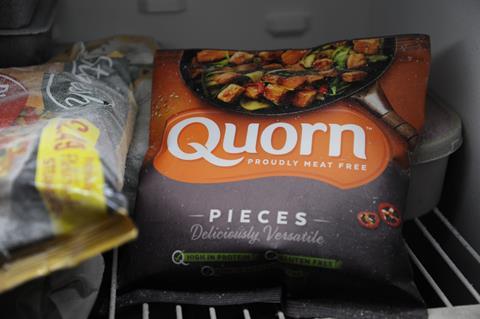 Market leader Quorn was the biggest victim of product shortages, with a total of 58 SKUs listed as out of stock

The soaring popularity of Veganuary has led to a raft of shortages of the UK’s biggest plant-based brands, research by The Grocer can reveal.

However, supermarkets and brands appear to have been taken off guard by the surge in shopper demand, with almost 100 SKUs sold by the UK’s 25 largest meat alternative brands listed as out of stock over the past three weeks [Edge by Ascential w/c 27 January]. Market leader Quorn was by far the biggest victim of product shortages, with a total of 58 SKUs listed as out of stock across the big four, Waitrose and Iceland.

These ranged from staples such as Quorn’s mince to the brand’s range of sausages, burgers and fishless fillets.

A Quorn spokesman confirmed “unprecedented levels” of demand for both Quorn and Cauldron products had resulted in shortages. It couldn’t confirm when it would “fully meet demand for all products”, he added. This was partly due to uncertainty over how many Veganuary participants would remain in the category.

Fry’s said it was “working to ensure production keeps pace with that demand”. Vivera said it had extended production capacity by 50% in January.

Veganuary 2020 took “everybody by surprise”, said the campaign’s head of communications Toni Vernelli. “We also know from Kantar research last year that the number of people who try it is up to ten times more than the number who sign up on our website.”