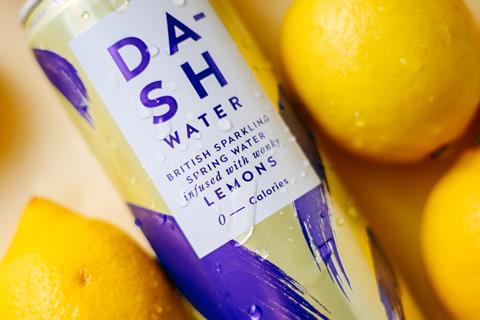 Seltzer sales have almost tripled in the past year as Brits

Seltzer sales have almost tripled in the past year as Brits’ concerns over sugar continue to rise.

New Kantar data reveals that take-home sales of the fledgling category are up 176% year on year to £5.7m in the 52 weeks ending 6 September 2020. This does not account for seltzers consumed on the go.

It comes as Brits were increasingly concerned about how what they consume affects both their health and the planet, said Dash Water co-founder Alex Wright. Dash holds the highest value share of category sales at 37.1%.

Wright said there were three major concerns about the soft drinks category – sugar, sweetener and sustainability – contributing to seltzer’s success.

Shoppers still sought the “cold can moment” that they may have previously got from a sugary or sweetened soft drink, but there was an increased awareness of the effect of these ingredients, he added.

A spokeswoman for Nestlé, which owns San Pellegrino Essenza (which has the second-largest value share, of 29.7%), said health represented “the most significant and persistent global trend impacting the beverages industry”, as well as “new notions of preventative nutrition, clean labelling, daily hydration and hyper-sensitivity to unfamiliar ingredients”.

Ugly Drinks founder Hugh Thomas said he expected the drink’s trajectory in the UK to follow the US, where it was rapidly growing in the US, with entries from Coca-Cola and Pepsi. Ugly has the third-largest value share of the category, at 16.2%.

He said shoppers just needed to overcome “the initial shock of a fizzy drink that is not necessarily sweet”.