Halloumi deserves its PDO status. But imitators will still weasel their way on to shelves 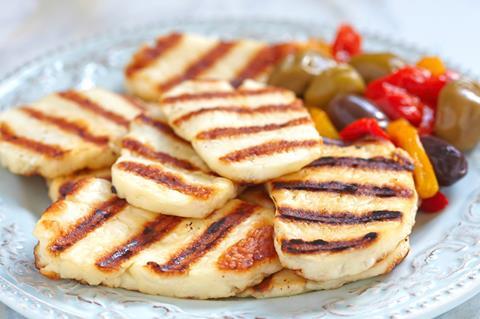 Despite the PDO, pretenders remain free to exploit that weasel word ‘style’, as in Greek-style

Halloumi cheesemakers have just obtained a new status for their products under the European Union’s protected designation of origin (PDO) scheme. Only producers in Cyprus can now use the name, much to the annoyance of copycats elsewhere.

Halloumi definitely needs protecting. Riding the profitable wave of vegetarianism in the UK, travesties have become ubiquitous. As a result, I steadfastly avoid the H word, except in bona fide Cypriot restaurants. I have no appetite for vapid, squeaky, squelchy dairy rubber.

Products bearing the halloumi name have come to prominence because relatively few people relish the full vegan option of a pile of ultra-processed pea or soya protein isolate laced with E-numbers. A slice of halloumi solves the protein deficit problem of plant-based eating. It’s a dairy cop-out for those who can’t make it to the end of the vegan path. And it’s a boon to the omnivore with vegetarian guests. We’ll eat the chicken, you can have halloumi.

I’d like to think the PDO will mean low-grade halloumi disappears, but pretenders remain free to exploit that weasel word ‘style’, as in Greek-style. And the PDO is itself a compromise because it allows cow’s milk in the recipe.

Slow Food, which has included true halloumi in its Ark of Taste list of endangered foods, says that amongst other requirements, the authentic cheese is made only with raw sheep’s and goat’s milk, and without starter cultures. Its flavour and texture come from the milk’s intrinsic microflora. Traditional halloumi its matured in salted whey for 40 days, whereas the commercial equivalent is marketed 24 hours after it is made.

A Cypriot friend brings proper halloumi back to the UK with him every time he visits his family on that sun-kissed isle. The commercial stuff sold here is “sponge”, according to him. Even attempts from the UK’s artisan dairies fall wide of the mark. If they get the milk and texture right, he says, they botch or miss out on the crucial step of dry salting and sprinkling the cooked cheese blocks with dried, crushed leaves of mint, to cultivate that distinctive minty Cypriot taste.

It’s a reminder of how the world’s genuinely heritage foods can be imitated and cheapened, but never bettered.