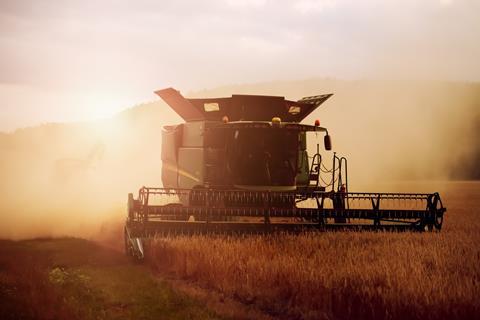 Food and drink leaders have come together to urge governments to avoid imposing trade bans that impede the flow of critical food supplies.

Last week Romania banned all wheat exports outside of the EU, joining Russia, Ukraine and Kazakhstan among others in placing limits on agricultural trade.

France, meanwhile, is seeking to reduce imports in a move seen by some as ‘soft protectionism’.

In an open letter signed on Thursday by 32 trade associations including the Food and Drink Federation (FDF), the Federation of Wholesale Distributors (FWD) and the Food and Drink Exporters Association (FDEA), industry leaders called on the UK and other developed nations “to lead the way and reject moves towards protectionism”.

“Essential movements of ingredients and raw materials must continue so that we can supply consumers across the UK,” reads the letter.

They highlight British farmers who rely on imported feed for their livestock, manufacturers who export to grow their businesses, and restaurants and retailers who address seasonality and customer demand by accessing global foods all year round.

“Now more than ever, it is critical that we keep imports and exports of food and drink flowing,” said the letter. “Our industry cannot operate in isolation if we are to continue providing world-leading quality, choice and value for money.”

The introduction of trade bans on food is a sharp reminder of 2007-08 when export bans led to a global food shortage and price spikes.

But a key difference today is that shortages are not a problem. Global rice stocks are nearing record highs, according to the UN Food and Agriculture Organization, with wheat supplies also looking strong.

Vietnam gave cause for optimism last week by lifting its ban on rice exports with immediate effect, in a move many hope is the first sign of alleviating tensions and reduced escalation.

The letter’s signatories are:

Andy Richardson, Chair of Food and Drink Wales Industry Board