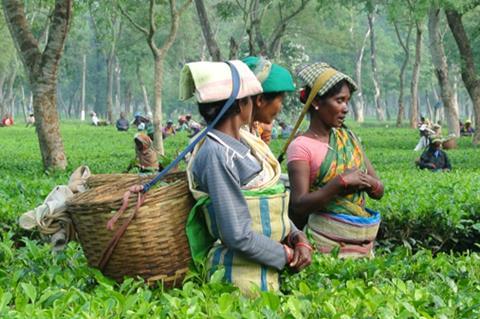 Marks & Spencer is to publish a list of its global tea and coffee suppliers in a bid to improve transparency for its customers.

The retailer has promised to share an interactive map of its 135 suppliers on its website, and is the first UK supermarket to make such a pledge. The step comes in response to the ‘Who picked my tea?’ campaign, which calls on brands and retailers to disclose the names of estates they buy from in Assam, India. Led by international development charity Traidcraft Exchange, the campaign has seen the likes of Yorkshire Tea, Twinings, PG Tips, Tetley and Clipper sign up to the commitment since it was launched in May last year.

M&S has published information online about its supply chains since 2016 for lines including beef, fresh milk, and wild and farmed seafood. The retailer plans to add a complete list of its Fairtrade producers during 2019.

“Every cup of coffee and tea we sell is Fairtrade certified, and we’re committed to building resilient supply chain communities by investing in programmes which build livelihoods, protect the environment and improve wellbeing,” an M&S spokeswoman told The Grocer. “As part of this, we think it’s important we’re transparent about the producers we work with around the world.”

Traidcraft Exchange senior policy adviser Fiona Gooch said: “This is a first for the UK tea industry - we can now see exactly where M&S’s tea and coffee comes from.”