The palm oil debate is complex, but Iceland has made a positive difference 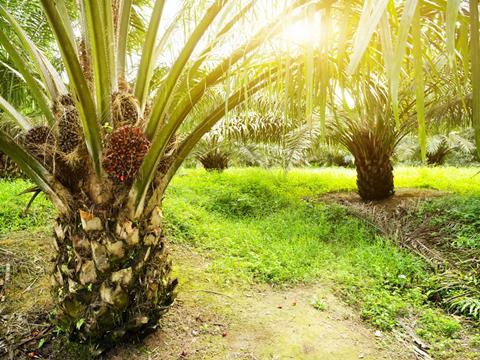 Of course, palm oil needs to be responsibly farmed, but some consumers have drawn the wrong conclusions on it

Following Iceland’s ‘banned’ Rang-tan advert, many got caught up in the palm oil debate over Christmas as social media did its work, ensuring more saw it than any of the others.

But, as it so often does, social media fired the public off on a dangerous tangent. The ad was inspired by Richard Walker’s trip to Borneo a couple of years back. He was so appalled he subsequently took a decision to make a stand on palm oil – and, clearly, to make a marketing platform too.

Iceland’s decision was to simply to stop using palm oil on own-label products until the industry ‘cleaned up its act’, as change was not happening fast enough in his view. Of course, everyone over Christmas took a major turn away from palm oil and its heinous suppliers.

Meanwhile, the WWF position is as follows: ’Boycotts of palm oil will neither protect nor restore the rainforest, whereas companies undertaking actions for a more sustainable palm oil industry are contributing to a long-lasting and transparent solution… WWF cannot support the approach of any retailer that removes palm oil from its products.’

In depth: Does the rise in popularity of the avocado have a dark side?

In 2016, WWF published a report looking at the environmental consequences of palm oil substitution, concluding that replacing palm oil can worsen the problems. Palm oil is the highest-yielding vegetable oil, so substitution with other oils like soybean, rapeseed and sunflower, can require significantly more land.

Of course, palm oil needs to be responsibly farmed and that’s not always the case, but consumers have drawn the wrong conclusion here.

Unilever, for example, will reach its target of 100% certified sustainable palm oil in 2019. It has had a ‘no deforestation’ supplier policy position since 2015. It also helped pioneer the Roundtable on Sustainable Palm Oil (RSPO) in 2004, which now sets the bars for clean-up on deforestation due to palm oil. Meanwhile P&G is hailed by WWF as a responsible manufacturer. It has a three-pillar programme on supplier management, industry influence and a smallholder programme where it partners with multiple stakeholders to help improve the practices and livelihoods of smallholders.

Importantly, though Iceland never called for a wider industry ban and accepts entirely that a wholesale boycott of palm oil is not the right long-term solution, the fuss its ad created appeared to push more ambition from the RSPO, whose members include plantation companies, consumer goods manufacturers, retailers, financial institutions, and environmental and social NGOs. On 15 November, it incorporated ‘no deforestation’ into its new principles.

So well done, except for the masses who should not leap to yelling “boycott” and should instead perhaps go on to the WWF website and adopt an orangutan. They had such a run on that this Christmas they ran out of cuddly toys to send out. So that’s nice.