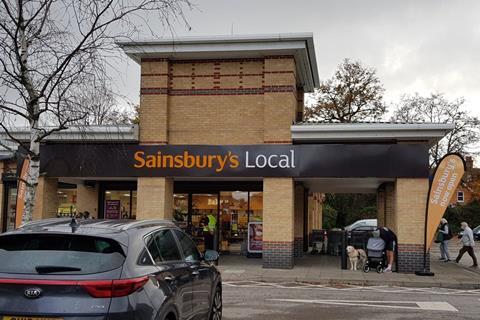 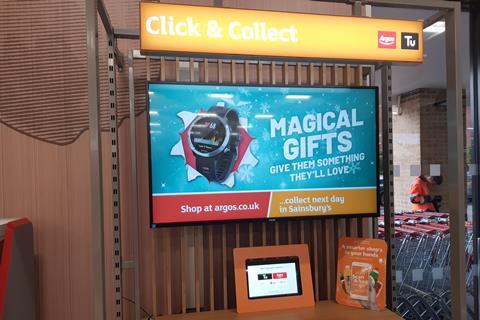 Customers can make use of Argos and Tu clothing collection points 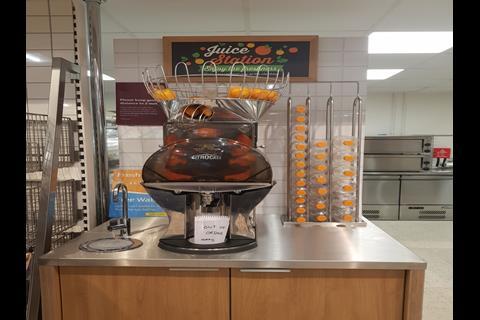 The store features a freshly-squeezed orange juice dispenser, although it was out of order on our visit 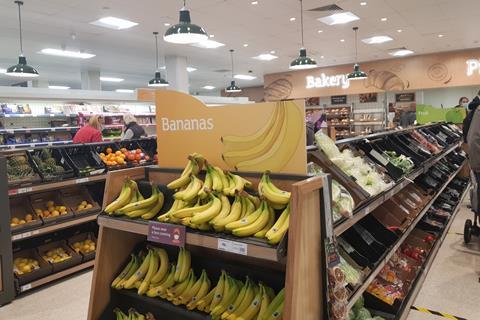 The store boasts a 100-strong fruit and veg selection 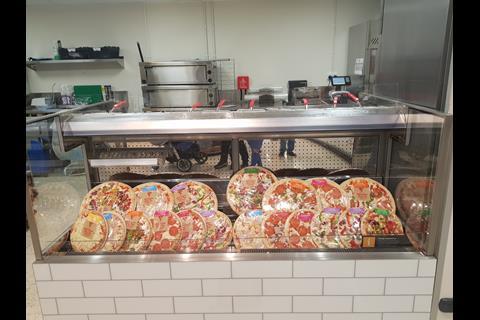 The new c-store format is designed to cater for a bigger-basket shop while saving customers a journey to the supermarket. How well does it fit the brief?

Sainsbury’s last week opened two ‘Neighbourhood Hub’ stores, days after revealing plans to roll out a total of 18 in the next three years.

First launched as a single-store pilot last year, the new convenience format is part of Sainsbury’s plan to “put food back at the heart of the business”. The stores are designed to offer a blend of convenience with the potential to cater for bigger shopping missions, allowing customers to make fewer journeys to the nearest full-sized supermarket.

So, what are they like? And do they fit the brief?

The Grocer visited the newly opened Midhurst, West Sussex Neighbourhood Hub store, which, like the others, is intended to cater for a ‘one-stop-shop’, bringing more of Sainsbury’s range to locals in the small market town. Despite the Sainsbury’s Local banner on the store front, it’s clear immediately this is more. It looks every inch the small supermarket, perhaps most comparable to one of the bigger Co-ops, with a large car park.

But, as the car park has a maximum stay of 90 minutes, it also seems from the off that Sainsbury’s doesn’t want customers to spend as much time in the store as they might in a full-sized supermarket.

At 12,168 sq ft, the store is around three times the size of a Sainsbury’s Local. Although Sainsbury’s won’t give SKU numbers for the new format, it’s apparent that ranges such as plant-based, international food, gifts, homewares and beauty are considerably more substantial than would be found in a standard Local.

Customers can make use of Argos and Tu clothing collection points by the entrance, or grab a bottle of freshly-squeezed orange juice from a dispenser. One-litre PET bottles are on hand to fill from the machine, although it was out of order on The Grocer’s visit.

There are also all the amenities typical of rival c-stores, such as coffee-to-go, in partnership with Costa, which is increasingly installed at Co-op and Tesco Express stores.

As you might expect, there is food to go, food for tonight, bakery, and alcohol. But it is probably the store’s 100-strong fruit and veg selection that lends most to the impression of a miniature supermarket. While the fixture may be shorter than you would find in a full-sized Sainsbury’s, the department stocks up to four or five choices per type of fruit and veg, rather than the one or two typical of c-stores.

Yet, like the time limit in the car park, the layout does not entirely lend itself to a full shop. The aisles aren’t wide enough to fit two trolleys side by side, and most customers are using baskets.

As for the checkouts, there are 10 self-service tills and just three of the conveyor belt kind found in supermarkets. The SmartShop app is promoted through several in-store signs.

Nevertheless, average basket value is more than double that at a regular Sainsbury’s Local store and only 25% less than in a supermarket, according to the retailer.

Sainsbury’s clearly hasn’t ironed out every crease in the format yet. Although loose fruit & veg lines have been added, scales in the aisles have not, and neither have loose produce bags. As a result, customers must guesstimate the weight and find out if they were right when it goes on the scales at the checkout.

The case for offering customers more in their own neighbourhood is a strong one. Covid-19 has driven an 8% increase to £44.7bn in convenience shopping sales this year, according to HIM & MCA Insight’s UK Convenience Market Report 2020. A recent YouGov survey of 1,032 UK adults found 52% would now shop locally before visiting a supermarket.

“This will be very welcome, especially to family shoppers, and is potentially very shrewd indeed,” says Catherine Shuttleworth, CEO and founder of Savvy Marketing. “The increased range gives shoppers more choice, especially when products, such as fresh items, can be repetitive in c-stores.

”If shoppers like it and it returns commercially, there could be more headroom for more stores. The key will be getting good sites in the right locations.”

But if there is really a gap for Sainsbury’s Neighbourhood Hub stores, it begs the question of whether the retailer is filling it fast enough, with just 18 planned over three years, amongst a total estate of around 1,400.

Jemima Bird, former Co-op marketing director and founder and CEO of retail consultancy Hello Finch, is consequently more sceptical. “It’s pure catch-up, not leapfrog,” she says. “But they do sound terrific: back to basics, fresh food, and a true community angle. If Sainsbury’s deliver on promise, it could certainly be a winner.”

If Sainsbury’s really wants the new format to make an impact, perhaps it should take a pointer from its short-stay car parks, and speed things up a little.