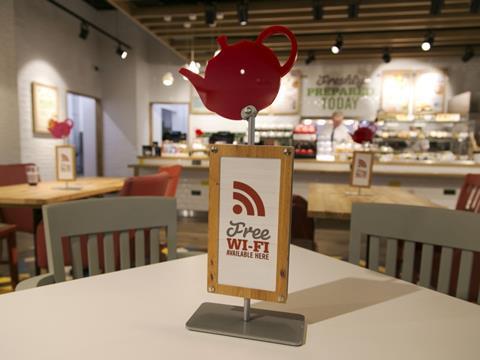 Morrisons has launched a new concept for its in-store cafés this week.

The new format was a key feature of Morrisons’ new superstore in Crawley, West Sussex, which opened this week. It will form part of all new stores from September as well as being retro-fitted into a number of stores.

A retro-fitted café at its Ripon store had resulted in a 40% increase in footfall in the first week, claimed Morrisons.