Asda goes back to basics in major strategy u-turn 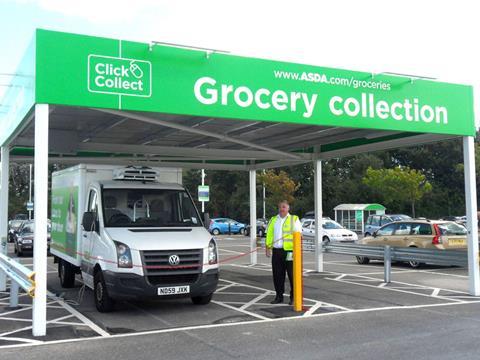 Asda boss Andy Clarke was this week forced into a u-turn just 18 months into the launch of a five-year strategic plan.

Already 29 head office jobs have gone and more are expected to follow.

Instead Clarke will plough a £600m war chest into a revamp of 95 stores, accelerating a refurb programme underway at stores such as Coventry, Grantham and Hull.

Clarke insisted: “This is a winning strategy and we’re determined to stick with it. We need to simplify what we do by prioritising the first line of our strategy - improving our core business.”

With no signs of a slowdown in the growth of the discounters in the latest Kantar figures (below), Clarke is also understood to be preparing a pre-Christmas price war. “We have to get closer to the limited-SKU discounters,” a senior source said. “In this market you can either go premium or you park your tanks on the discounters’ lawns.”

Named after the successful turnaround led by Clarke’s former Asda boss Archie Norman in 1992, Project Renewal also bore some of the hallmarks of Tesco’s Project Reset rationalisation programme, the source acknowledged. But “the difference is we’re doing this on the back of a £1bn profit.”

Despite operating profits rising 1.9% to £1.013bn in the year to December 2014, Asda sales and market share has declined recently. Like-for-likes fell 4.7 % in the 11 weeks to 30 June, the worst performance in its 50-year history.

Kantar Retail analyst Bryan Roberts said: “Asda has taken a look at where it sees the big ROIs for its business. Areas like click & collect are important but the stores are where 80% of its business comes from.

“The price model of the discounters makes it difficult and there is so little crossover in range. However, there are areas such as fresh produce where Asda may be able to take the fight to them.”